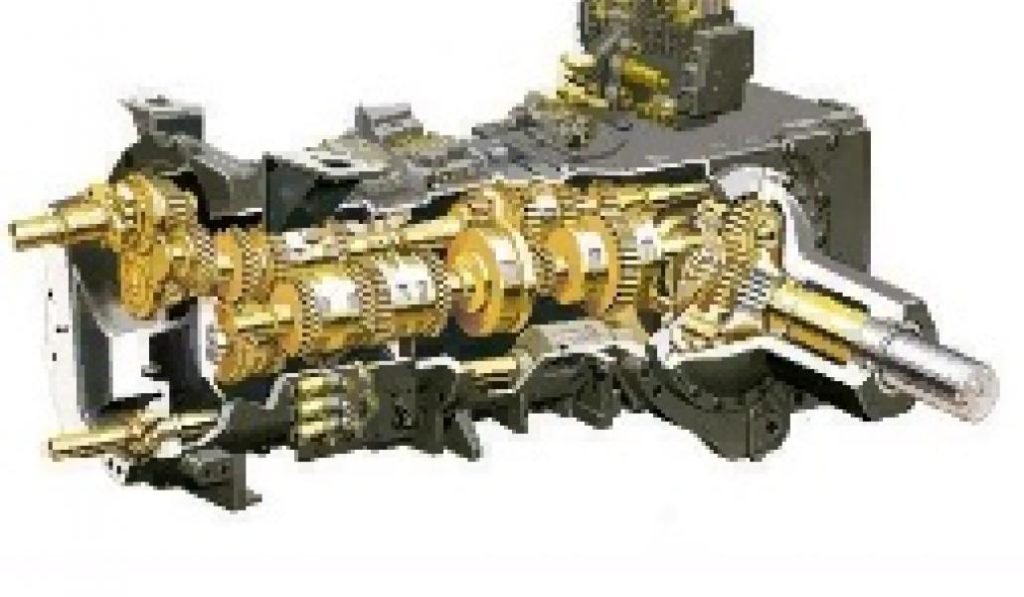 Keyboard Layout
If you look at the arm rest of a modern tractor you can find many buttons. Not every buttons operates a function of the transmission of cruise control. But it quickly becomes clear that you will not get along with one or two buttons.

I myself usually drive only with keyboard and without numeric keypad. The left hand operates the keys A, D, W and S. The transmission therefore so must be controllable in essential with the right hand. Anyone can easily change the key assignments in the options menu within farming simulator 2015. Here are the default settings. Most functions are preset for the keyboard. If you want to play with a steering wheel or a joystick you might have to adjust it.

Simple Keys
These are the settings without pressing any control or shift key.
You change gears with the keys [ and ‘
You change the levels in group one with ] and .
Use the spacebar to switch between forward and reverse.
You can override the automatic clutch for about 5. This can be useful when starting on a hill. This is defined as axis with keyboard mapping / and .
Button ; switches the transmission between automatic and manual mode. A purely manual gearbox is switched to neutral here.
The normal cruise control is controlled via the keys 1, 2 and 3.
In addition, you can change the button 4 to a second cruise control speed. The default speed is 10 km / h.
This gearbox also has hand throttle. This in turn is also an axis, which you can assign the joystick or steering wheel itself. On the keyboard to adjust hand throttle with the keys = and –

With the right Shift key
Other features are offered in holding down the right shift key.
Switching within the second group is done with ] and . Not every tractor has two groups.
If you press the shift key together with the spacebar, then you switch between automatic and manual clutch. This is really only useful if you have a separate clutch pedal as an input device. When you save the game with this setting is saved.
The 3 key together with the shift key (de-) activated the speed limiter. You must continue press the throttle, but you cannot drive faster than a certain speed. The speed changes with the keys 1 and 2 without Shift.
The key 4 in combination with the right shift key sets the current speed as cruise control speed. If cruise control is not on the limiter is activated automatically.
You can also turn off the transmission. Then you have again the simple transmission of Giants along with the regular motor data. When you save the game with this setting is saved.

Cruise Control
If you look at videos on the operation of modern tractors, then the speed is often controlled by a cruise control. The setting of the respective velocity in Farming Simulator 2015 have certainly become easier than in the previous version. Unfortunately the switching between different speeds disappeared. As a solution, the GearboxAddon introduces the key 4 to switch to a second cruise control speed. So you can set the cruise control at the right speed to work. In most cases the maximum speed fits because the farming simulator automatically adjusts the speed with the work unit. But when turning at the end of the field this does not fit anymore. When you lift the implement the tractor will immediately accelerate to maximum speed. The expectation is that when turning it should go slower and not faster! Therefore, the second cruise control speed is set by default to 10 km/h. You can set the current cruise control speed as before with the 1 and 2 keys. In addition, it bothered me that the tractor when turning on the cruise control or when changing the speed accelerates always at full power. Therefore, you can limit the positive and negative acceleration. The acceleration is limited in cruise control mode only. The tractor still has the full power. The GearboxAddon stores the second cruise speed of the vehicle during save.

Hired Worker and Courseplay
If the tractor has a fully automatic or continuously variable transmission, it usually works in conjunction with the hired worker and Play Course. All other gear boxes are switched off automatically as soon as the hired worker or Courseplay is activated. When disabling the helper or Course Play the gearbox automatically switch on again. For a small number of vehicles, such as MAN, it is recommended on hilly maps to deactivate the transmission manually before the starting Courseplay. The long switching times do not work on steep mountains.

You have been warned.

If you’re still ok with this, please remember to post possible issues that you find in the developer version. That’s the only way we can find sources of error and fix them. Be as specific as possible:

tell us the version number
only use the vehicles necessary, not 10 other ones at a time
which vehicles are involved, what is the intended action?
Post! The! Log! to Gist or PasteBin

Finding a game interesting after investing 300 hours into it can become a bit challenging. But with mods as long as there is a new update is assured, you are guaranteed a few more hours of new exciting gameplay. FS 17 Other Mods are one of the greatest upgrades and can make your game unique. Downloading and adding FS17 GearboxAddOn GitHub Mod to your game is not difficult at all - you simply need to save a file and run it. Each Farming Simulator Mod will provide you with particular options so go ahead and add it to your version. Few clicks and you will be able to use all extra features that were only imaginary before. It is the easiest way to get the best of the game, your opponents will be surprised! Then all you need to do is simply click on FS17 GearboxAddOn GitHub Mod free download button and implement it to your game. This few simple steps will lift your game to the upper level – what can be better that upgrading your game personally? Break all boundaries and develop your farm easily. All of this is just the tip of the iceberg, what we offer on our website is countless hours of fun gameplay that will keep you invested for months. So go to our website, select your mod of choice, and click on download.