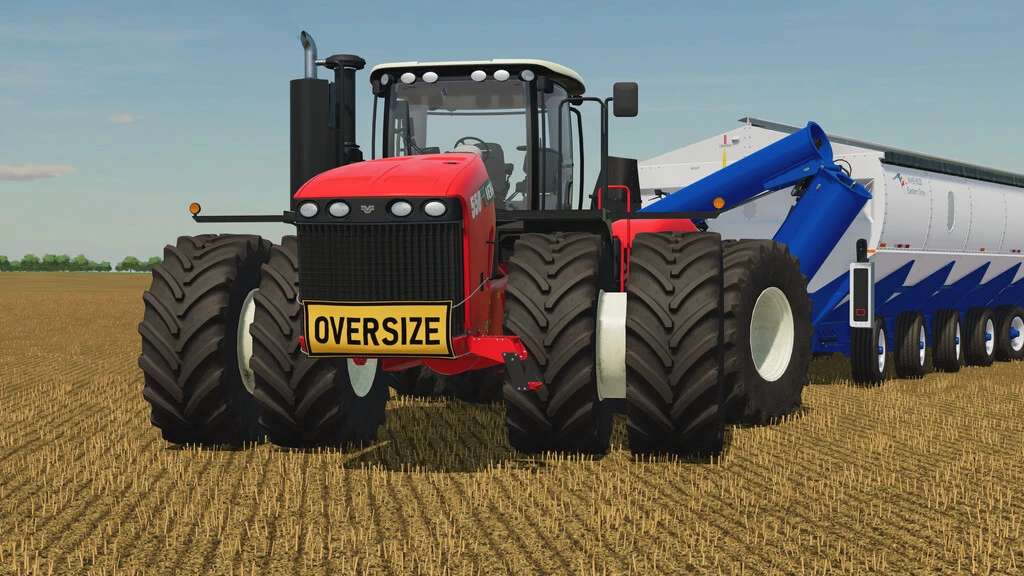 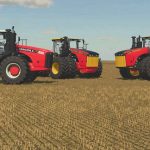 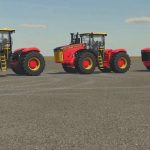 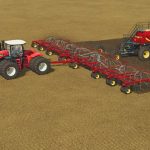 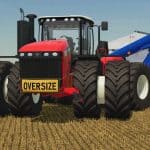 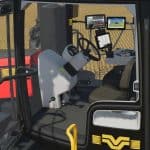 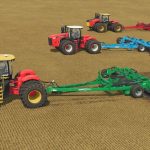 The “4WD” series has been built by the manufacturer “Versatile” in its parent plant in Winnipeg (Manitoba, Canada) since 2012 and has since received two facelifts: In 2017 Versatile painted the red-white 4WD in red-yellow-black again, just like the former Versatile legends of the 70s and 80s. In addition to a new terminal the 4WD also got a new top model, the 4WD 610. Now in 2021 Versatile presented a new top model for the upcoming year, the 4WD 620. The new facelift also comes with a slightly modernized design.

What differentiates this mod from the Giants basegame model?
– All 3 facelifts / series available
– New terminal added
– Country configurations “USA” and “Australia” added
– Much more tire configurations
– Spacers between the frame and the rim removed
– Enlarged planetary gears in rims
– GPS terminals (2 different) added
– Added optional seeder terminals
– Old mirror model added
– Huge changes to the exhaust system of the 4WD (2012 – 2016)
– Remodelling of the hood of the 4WD (2012 – 2016)
– Several sound changes
– Adjustments to the gearbox
– Seat added that can be rotated via mouse control
– Door added that can be opened by mouse control
– Slight adjustment of the color scheme (yellow tone)
– Added warning triangle on the back
– Missing hoses on hydraulics added
– Added selectable rear PTO
– Selectable carpet added
– Selectable footrests added
– Material adjustments in the interior
– Newly created decals
– Top speed increased from 35 km/h to 40 km/h
– Indicators now move in and out depending on the tire configuration
– The dashboard display has been heavily revised
– The steering wheel has been completely remodeled
– 4WD (2012 – 2016) got complete halogen light setup
– Added speed-, rotation- and many other displays in the monitor
– The front weight is now optional
– Startup animations built into all displays

Finding a game interesting after investing 300 hours into it can become a bit challenging. But with mods as long as there is a new update is assured, you are guaranteed a few more hours of new exciting gameplay. FS 22 Tractors Mods are one of the greatest upgrades and can make your game unique. Downloading and adding FS22 Versatile 4WD Pack v1.0 Mod to your game is not difficult at all - you simply need to save a file and run it. Each Farming Simulator Mod will provide you with particular options so go ahead and add it to your version. Few clicks and you will be able to use all extra features that were only imaginary before. It is the easiest way to get the best of the game, your opponents will be surprised! Then all you need to do is simply click on FS22 Versatile 4WD Pack v1.0 Mod free download button and implement it to your game. This few simple steps will lift your game to the upper level – what can be better that upgrading your game personally? Break all boundaries and develop your farm easily. All of this is just the tip of the iceberg, what we offer on our website is countless hours of fun gameplay that will keep you invested for months. So go to our website, select your mod of choice, and click on download.