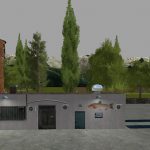 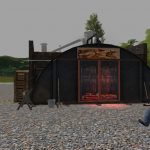 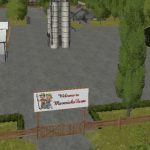 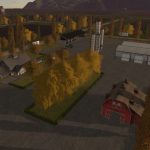 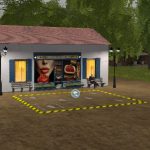 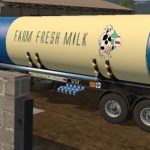 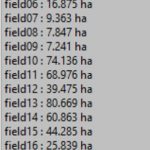 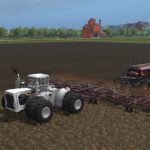 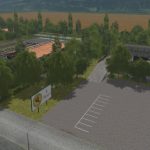 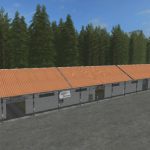 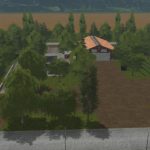 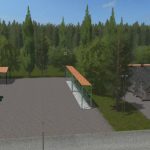 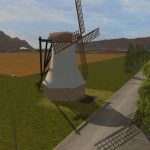 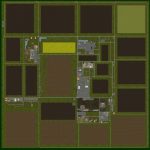 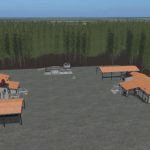 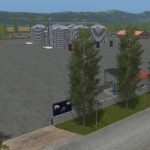 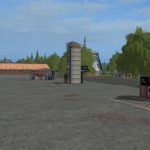 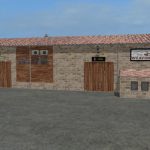 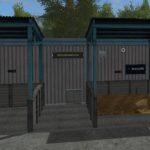 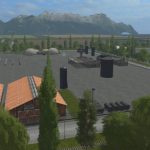 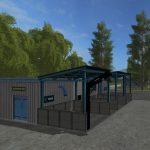 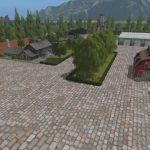 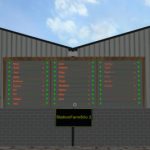 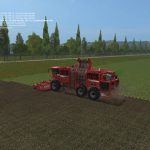 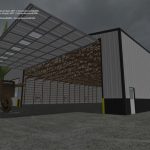 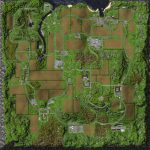 Version 4
you do not need a new savegame
fixed the dirt area’s for animals
fixed strawbarn didn’t accept anything to sell
added ability to load woodchips on the train at the transporthub near the forest.
added liquidfertilizer to a sell point
added seedstorage BGA area
added on 2 area’s , seed,fertilizer,liquidfertilizer and fuel storages so you can fill up seeders and other equipment with your own production.
fixed fillplane for millet
did allot to hopefully improve framedrop
added, fish production, caviar production , smoked fish production
added script so you can plant more trees
added second seedproduction
solved problem with courseplay blocking on the gates at the mainyard
solved wool spawning place, vehicle behind the wall or in the shed gave the message that there was no place

Mavericksfarm is a 4x flat map with 21 large fields and allot of nice flat room for
all these nice placeable mods out there.
The map is made with the bigbud in mind,so it became a map for bigtoys.
5 additional fruits oat , rye , triticale , spelt , millet.

Plenty enough to do on this map.
There is enough grass on the map to cut so you can easely have enough to keep the animals alive during the winter (seasons)
Milk don’t sell automaticly, so you will need the kotte universal pack to transport your milk.

Unless there appear some problems i will short them out if possible.
I added allot in the second version and improved some things.

-cut down the forestry area,it was to big and i hear it makes the area laggy.
-removed the sawmill for boardpallets and placed 2 woodfactory’s in place.
-changed palletfactory’s and moved to forestry area
-changed BGA area (siloking under the ground for acces with tipper
-and changed biodiesel area
-removed the little greenhouses and created one big greenhouse that produce 8 different fruits
-removed pallets from greenhouse,compost is needed to produce instead.
-added manure,seeds and fertilizer to farmsilo’s
-removed all trees and renewed to work with the seasons mod
-tried to label everything for your comfort.
-the map has 2 placeable area’s made snowfree , it’s marked on the PDA

PS: make sure you don’t have other maps in your modfolder because that probably will cause conflicts for this map.

This was my first map and my first steps in map modding, now i know how much work this is i respect all modders even more.
This map was a learning proces , i hope you enjoy the map.
After a few weeks rest i probably gonna make another normal size map so solo players also can enjoy a map of mine.