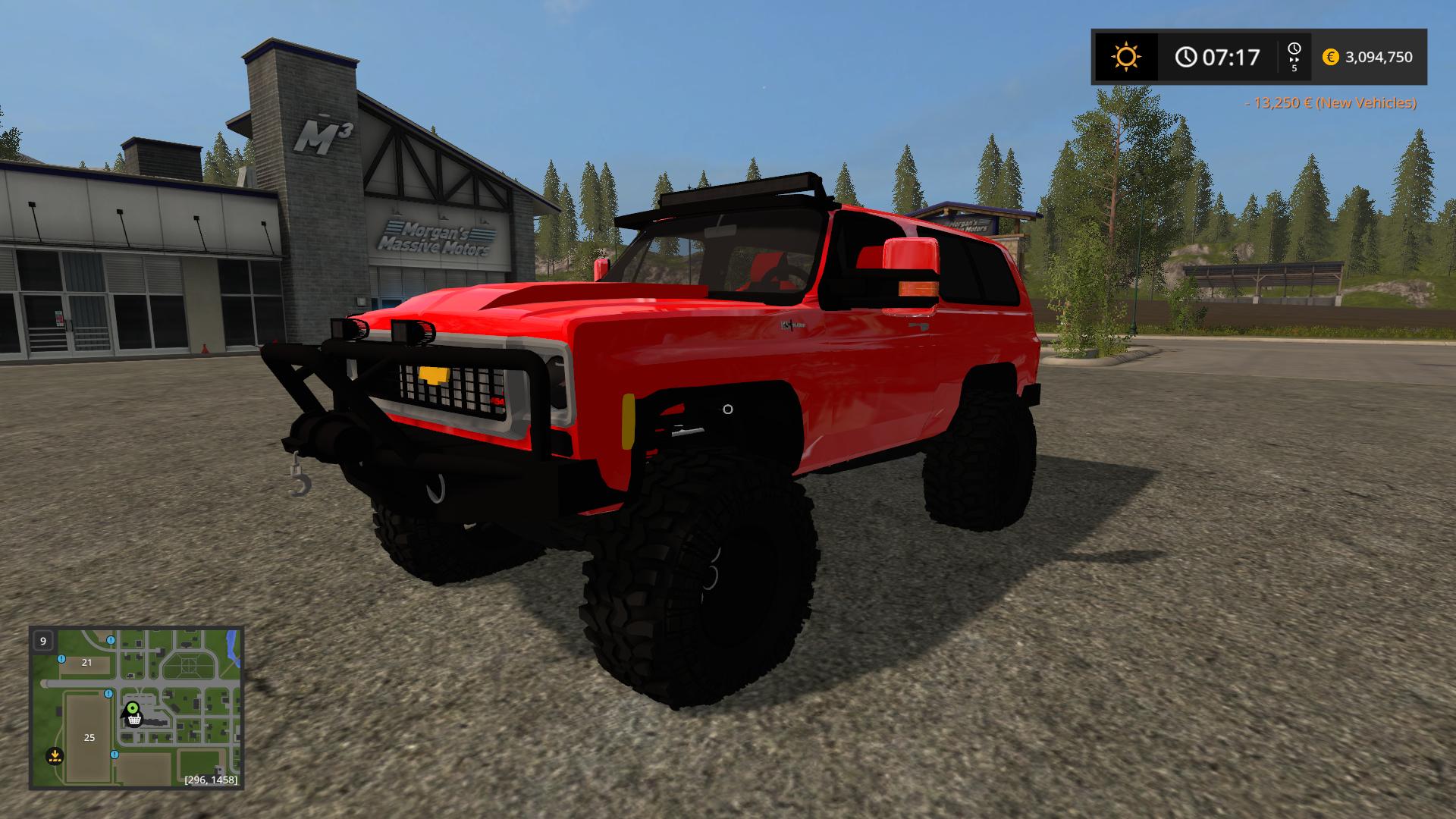 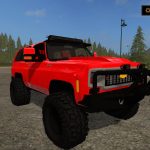 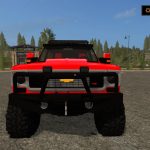 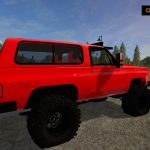 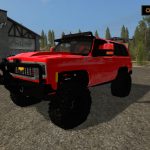 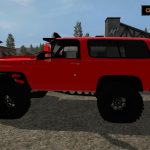 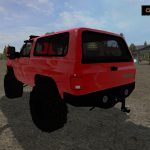 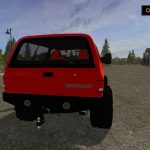 Hi guys and gals!
Today I have for you a FS17 PC mod release of a 1973 Chevy Blazer! This edit release has been done by Ryan Duckpondmodding. Credits are to Original author Camino Kid, and 2017 conversion/mods Different Breed Modding. I love this Chevy Blazer! Let’s go check out Ryan’s edit release!

This FS17 PC mod release of a 1973 Chevy Blazer was converted by Rico Suave of Different Breed Modding. Rico only converted the mod, and fixed the lights as best he could, and he left it as is so that other modders could go in and do edits as they would like, just as Ryan did! Ryan took this model back into blender to fix some textures and parts on it, as well as all the edits. This Chevy Blazer is sitting on some Fuel Revolvers with Superswampers. He put custom bumpers on with pods, a roof mounted lightbar, cab visor, custom seats, and a dual flowmaster exhaust. He changed the color up on it as well. Thanks for the edit release Ryan! Have fun guys!

Thanks so much Ryan for such a cool edit! Nice to see the Chevy Blazer ingame! Can’t wait to see what you have to come out with next! Credits to Original author Camino Kid and Rico Suave of Different Breed Modding (owner) for 2017 conversion/mods. Thanks guys! Stay tuned, I have more too come! As always guys and gals, have a good one! Mod on Modders!

Finding a game interesting after investing 300 hours into it can become a bit challenging. But with mods as long as there is a new update is assured, you are guaranteed a few more hours of new exciting gameplay. FS 17 Cars Mods are one of the greatest upgrades and can make your game unique. Downloading and adding FS17 1973 CHEVY BLAZER V1.0 Mod to your game is not difficult at all - you simply need to save a file and run it. Each Farming Simulator Mod will provide you with particular options so go ahead and add it to your version. Few clicks and you will be able to use all extra features that were only imaginary before. It is the easiest way to get the best of the game, your opponents will be surprised! Then all you need to do is simply click on FS17 1973 CHEVY BLAZER V1.0 Mod free download button and implement it to your game. This few simple steps will lift your game to the upper level – what can be better that upgrading your game personally? Break all boundaries and develop your farm easily. All of this is just the tip of the iceberg, what we offer on our website is countless hours of fun gameplay that will keep you invested for months. So go to our website, select your mod of choice, and click on download.