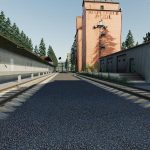 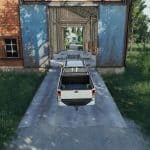 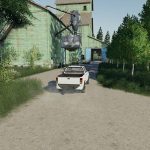 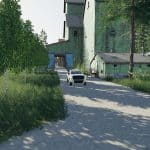 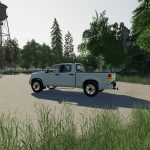 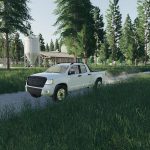 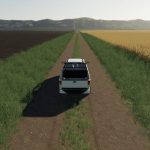 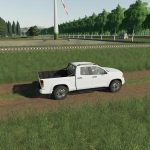 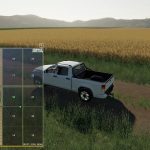 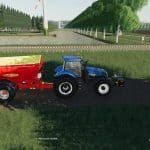 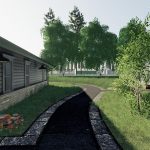 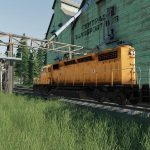 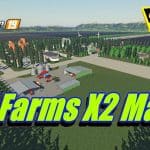 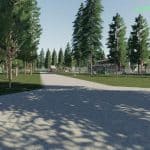 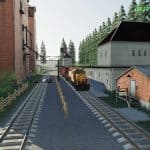 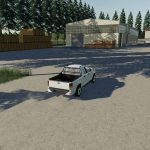 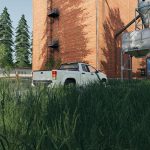 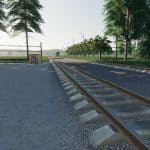 HISTORY
Welcome to the XLFarms X2 map. The first map of the XLFarms series for the game Farming Simulator19.
The XLFarms Project came up in 2009 with the modification of existing maps, such as BigVirginIsland. Then in 2011 with the Agritec and Fuhrmann Map EDITED. 2013 with Agrarfrost, Agroland, Paradise, Sunshine and in 2015 with XLFarms and its series of private maps.

XLFARMS?
One of the main goals of having maps with large fields was the appearance of PatchTractor, currently CoursePlay. I wanted to use 2, 4, 6, 10 machines operating a same field, but the current ones were small and did not allow this. So I started modeling maps and sharing them.

THE MAP
The map has a good topography, fields of 64 hectares and 32 hectares.
The main farm has everything you need to get started.
There are many free areas for you to build your own farm.
The XLFarms X2 map is a direct map conversion to FS17 version, with some adjustments and removed objects. I tried to preserve the original map, keeping its main characteristics.

Finding a game interesting after investing 300 hours into it can become a bit challenging. But with mods as long as there is a new update is assured, you are guaranteed a few more hours of new exciting gameplay. FS 19 Maps Mods are one of the greatest upgrades and can make your game unique. Downloading and adding FS19 XLFarms X2 v1.0.0.5 Mod to your game is not difficult at all - you simply need to save a file and run it. Each Farming Simulator Mod will provide you with particular options so go ahead and add it to your version. Few clicks and you will be able to use all extra features that were only imaginary before. It is the easiest way to get the best of the game, your opponents will be surprised! Then all you need to do is simply click on FS19 XLFarms X2 v1.0.0.5 Mod free download button and implement it to your game. This few simple steps will lift your game to the upper level – what can be better that upgrading your game personally? Break all boundaries and develop your farm easily. All of this is just the tip of the iceberg, what we offer on our website is countless hours of fun gameplay that will keep you invested for months. So go to our website, select your mod of choice, and click on download.