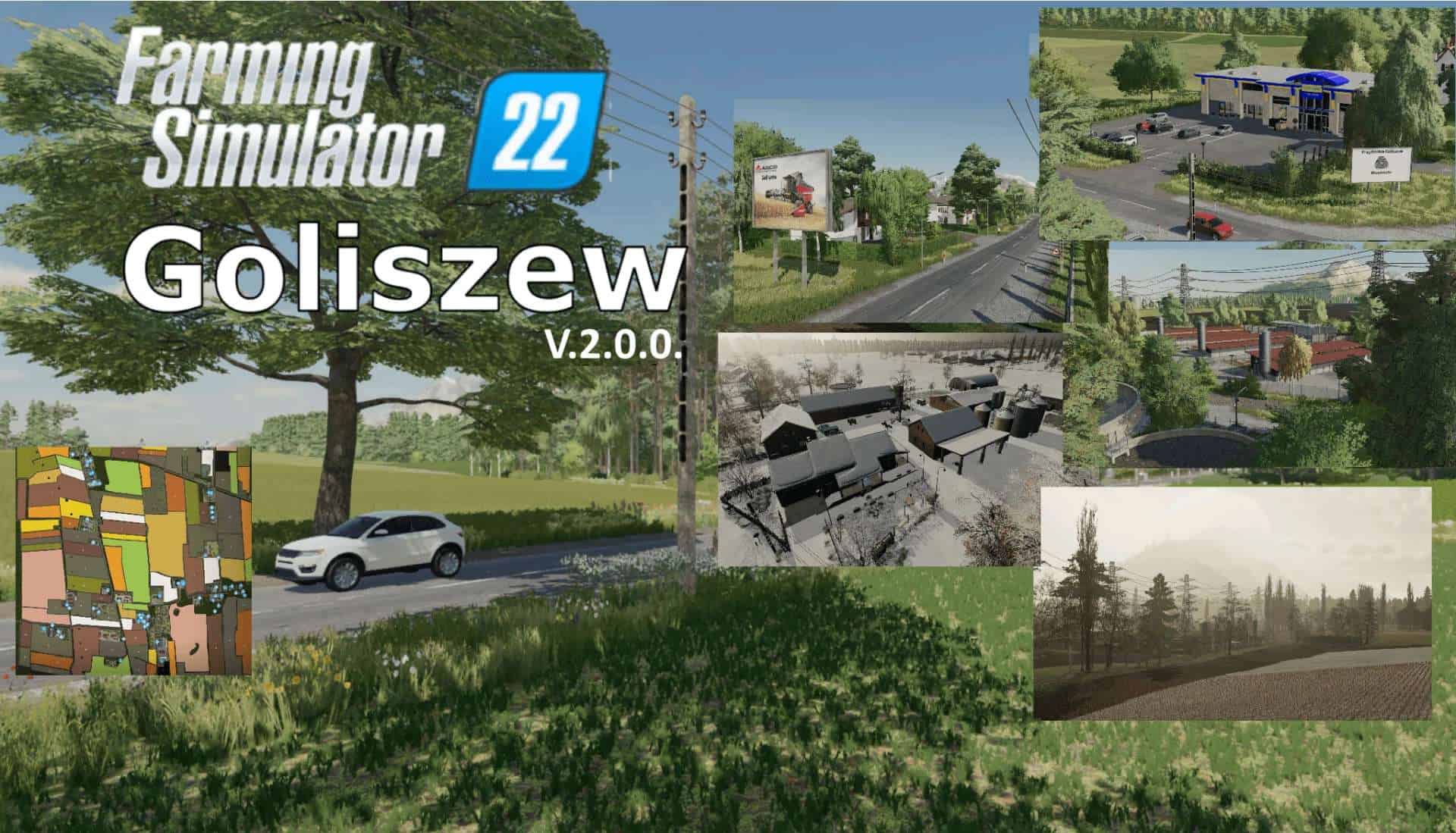 FS22 Goliszew V.2.0.0. updated with permission of the author. Changes.
Improved optimization
Fixed problems with placing objects, buildings and fences.
Added icons on purchases where they were not
A few access roads to the farmland added
Reduces the number of scripts on the map
Corrected snow mask

Added more trees script, now you can place more trees without limitation
Fixed all errors and warnings (clean log)
Access to some fields has been improved and added
Gates have been added to the starting farm
Added an exit gate at the pig farm site
Crop change for the season. Now you can sow cereals in spring and autumn.
Four farms to live on. You can own all four at the same time.
In addition, each culture to be purchased separately
Activation of objects after purchasing an area (land)
All production facilities available in the basic version of the game plus the brewery modification for those who do not want to run a farm but only have fun, cultivate the land and harvest crops extra company to perform orders and contracts AGRO-AS.
Many of the buy-sites on the map introduce price variation.

And you can find much more on the map.
Unfortunately I wasn’t able to set up the manure board in the configuration I wanted and we have to set it up from within the game. There are designated (painted) example locations but the choice is yours. Fences are not allowed on the map I am trying to fix this problem.
I wish you a lot of fun on the map.

Finding a game interesting after investing 300 hours into it can become a bit challenging. But with mods as long as there is a new update is assured, you are guaranteed a few more hours of new exciting gameplay. FS 22 Maps Mods are one of the greatest upgrades and can make your game unique. Downloading and adding FS22 Goliszew v2.0 Mod to your game is not difficult at all - you simply need to save a file and run it. Each Farming Simulator Mod will provide you with particular options so go ahead and add it to your version. Few clicks and you will be able to use all extra features that were only imaginary before. It is the easiest way to get the best of the game, your opponents will be surprised! Then all you need to do is simply click on FS22 Goliszew v2.0 Mod free download button and implement it to your game. This few simple steps will lift your game to the upper level – what can be better that upgrading your game personally? Break all boundaries and develop your farm easily. All of this is just the tip of the iceberg, what we offer on our website is countless hours of fun gameplay that will keep you invested for months. So go to our website, select your mod of choice, and click on download.