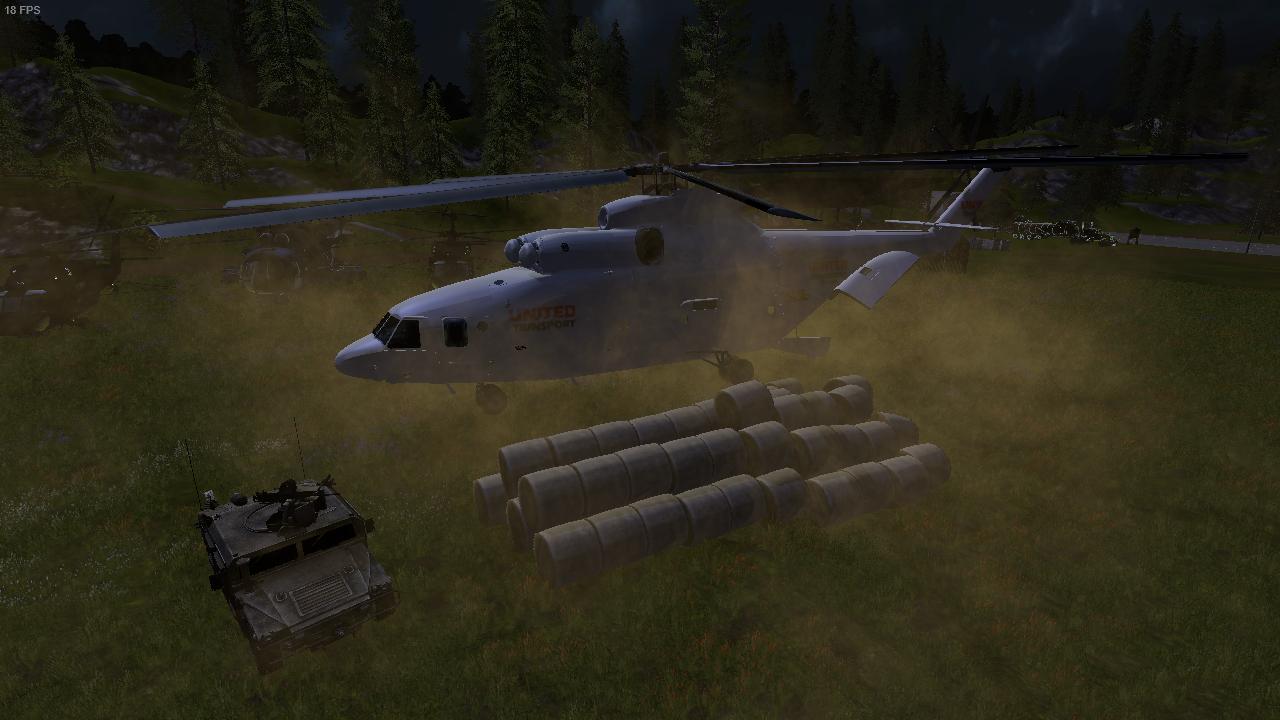 The Mil Mi-26 (Russian: Миль Ми-26, NATO reporting name: Halo) is a Soviet/Russian heavy transport helicopter. Operated by both military and civilian operators, it is the largest and most powerful helicopter to have gone into series production. The Mi-26 was the first factory-equipped helicopter with a single, eight-blade main lift rotor. It is capable of flight in the event of power loss by one engine (depending on aircraft mission weight) thanks to an engine load sharing system. While its empty weight is only slightly higher than the Mi-6’s, the Mi-26 has a payload of up to 20 metric tons (44,000 lb). It is the second largest and heaviest helicopter ever constructed

Exported windows out into blender and made outside a tint and inside clear.

FS 17 Vehicles Mods are one of the greatest upgrades and can make your game unique. Downloading and adding FS15 mods | FS17 mods | FS19 mods to your game is not difficult at all - you simply need to save a file and run it. Each Farming Simulator Mod will provide you with particular options so go ahead and add it to your version. Few clicks and you will be able to use all extra features that were only imaginary before. It is the easiest way to get the best of the game, your opponents will be surprised!