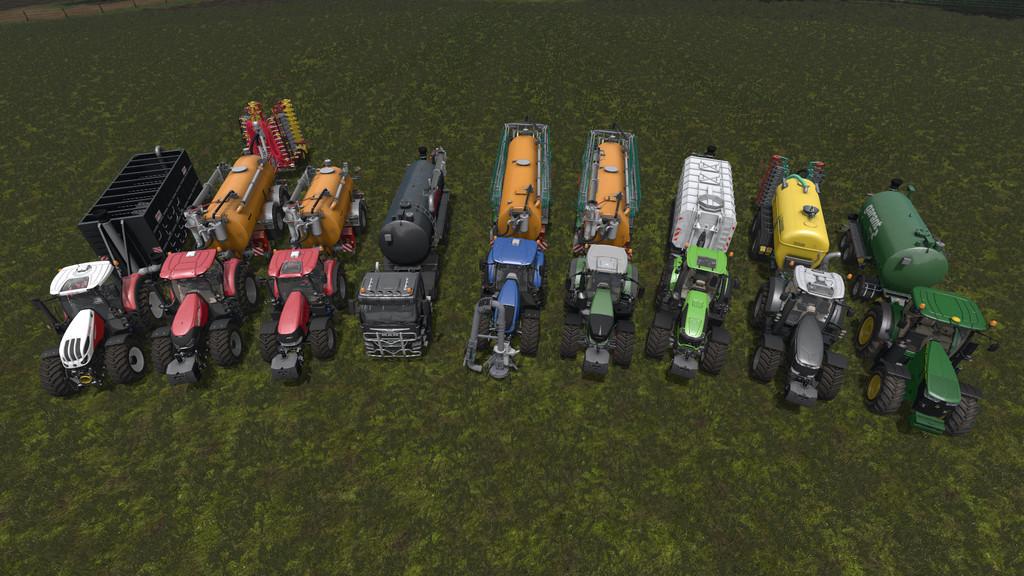 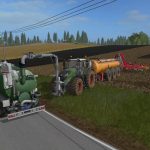 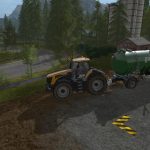 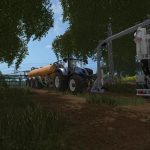 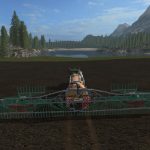 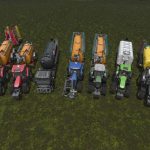 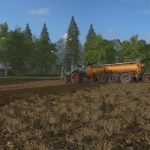 today I can introduce you to my final version of my slurry pack.
Some may already know it from Modhoster. For all those who do not
know, here is a small introduction, what the pack can do everything.

The pack serves to make the slurry output as realistic as possible
shape. There are some functions that make this possible.

All features are multiplayer and Dedicated and tested.
A big thank you goes to Dj ToBe (Word of Farming Team) for the support
at Dediserver-Ready and test. Was really ne great work.

First of all, it is no longer enough to load, just next to the drum
and press the R key. You must first use the suction arm in the
Insert the rubber studs. For this you need less than 15cm to the cuff center
position. The current distance is displayed at the bottom right.
In addition, a hud appears in the lower right, which turns green when you
overloaded. Then simply click “Start / Stop Filling” (Intputbinding IMPLEMENT_EXTRA3)
press, then go. The overload speed depends on the speed
In-game time. That means, if you play in Realtime (1x), then the
Pump performance, which also has the barrel in genuine. If the barrel is a 6000l / min pump
has filling for 18000l 3min. Has the ingame time 5x then is the
Speed ??5x higher. Especially for Dedi servers that play realtime, though
the fill goes too slowly, the turbo fill mode (button “Turbo overload active” intputbinding KEY_KP_4)
activate. Then the factor can be specified for each barrel in the XML.
The default is 15x.

The Zunhammer drums have the suction arm as standard.

All dispensers have a variable dispensing control. about
Button “Increase application rate” / “Reduce output quantity” (Inputbinding KEY_KP_plus / KEY_KP_minus)
the output can be adjusted in m³ / ha (cubic meters per hectare). The
Delivery rate is adapted to the vehicle speed automatically.
The cultivators and disc harrows are designed for the Manure Mod. You should have this with you
the Manure-Mod use, you get for equal work of the manure 2 fertilizer levels.
If the Manure-Mod is not used, it slips at one level.
All dispensers are switched on and off via “Implement raise / lower”.

The dispensing devices, which can be seen clearly, have parithelium at the hose outlets.
The tow hose rods leave behind the “dung texture”. This can be done with the Vogelsang Swing-Max
can be switched on / off using the button “Slurry texture on / off” (Inputbinding KEY_KP_4).

All excavation drums have a telescopic axle that can be bought
Button “Telescope axis in / out” (Inputbinding IMPLEMENT_EXTRA2) and 3 tire sets.

If you use the frontdocks, the spreading drum should not have a suction arm. Otherwise there
there is overlap in the indication of the distance to the cuff.

Now an overview of all contained vehicles with their functions:

Finding a game interesting after investing 300 hours into it can become a bit challenging. But with mods as long as there is a new update is assured, you are guaranteed a few more hours of new exciting gameplay. FS 17 Packs Mods are one of the greatest upgrades and can make your game unique. Downloading and adding FS17 Slurrypack v6.0.0.2 Mod to your game is not difficult at all - you simply need to save a file and run it. Each Farming Simulator Mod will provide you with particular options so go ahead and add it to your version. Few clicks and you will be able to use all extra features that were only imaginary before. It is the easiest way to get the best of the game, your opponents will be surprised! Then all you need to do is simply click on FS17 Slurrypack v6.0.0.2 Mod free download button and implement it to your game. This few simple steps will lift your game to the upper level – what can be better that upgrading your game personally? Break all boundaries and develop your farm easily. All of this is just the tip of the iceberg, what we offer on our website is countless hours of fun gameplay that will keep you invested for months. So go to our website, select your mod of choice, and click on download.