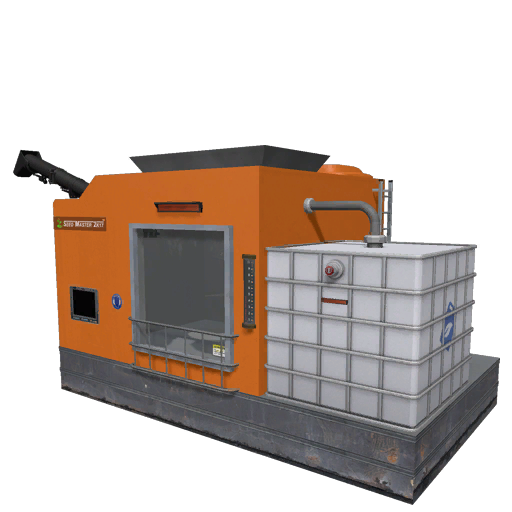 The SeedMaster has finally made it into the LS17. It was not only easily converted, but also reworked the model, no more multi-textures on a mesh. He also obtained an optical fine grinding. The functionality is the same. Except for the no more seeds2 is produced, because Giants as a standard now has red seed.

Function:
The SeedMaster2k17 can be filled with wheat, barley, rapeseed or maize. In addition, liquidFertilizer (liquid fertilizer) is still required, which is filled with the Kotte Universal by tubing. In contrast to the 15er variant it is now free whether you the SeedMaster with a trailer filled or with a shovel from above.

FS 17 Objects Mods are one of the greatest upgrades and can make your game unique. Downloading and adding FS15 mods | FS17 mods | FS19 mods to your game is not difficult at all - you simply need to save a file and run it. Each Farming Simulator Mod will provide you with particular options so go ahead and add it to your version. Few clicks and you will be able to use all extra features that were only imaginary before. It is the easiest way to get the best of the game, your opponents will be surprised!