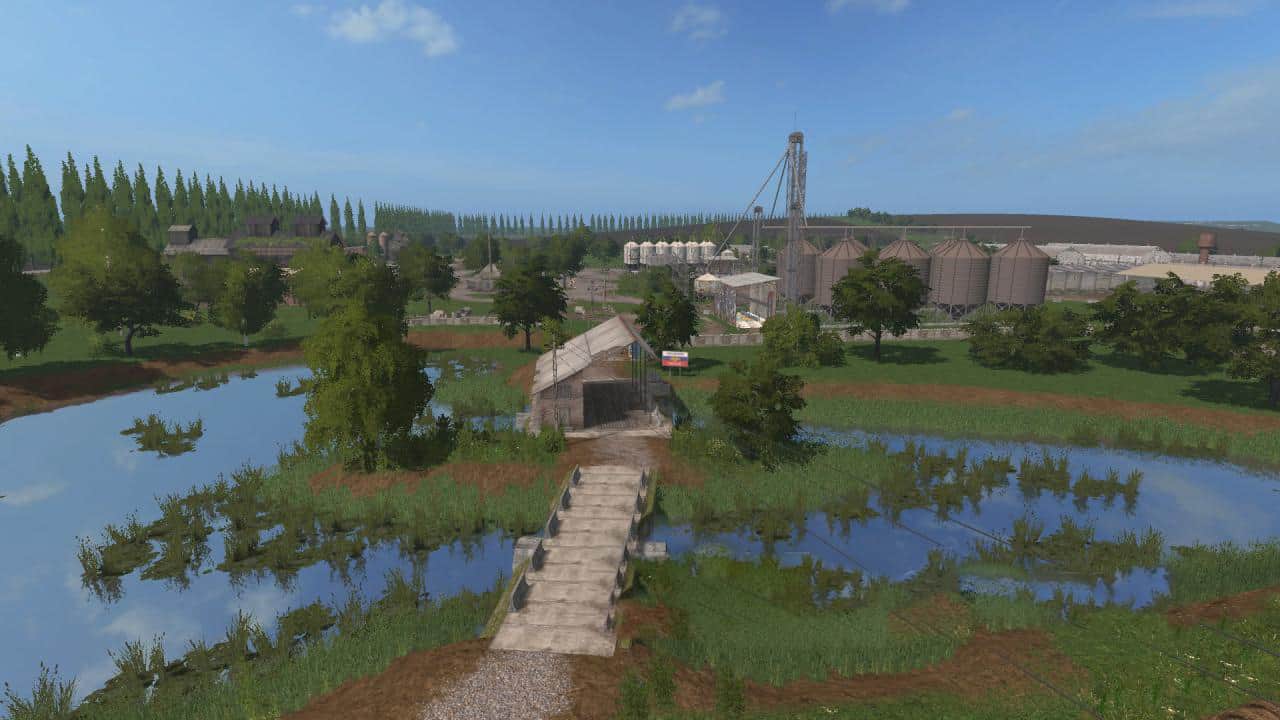 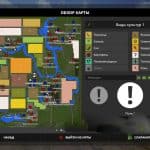 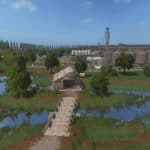 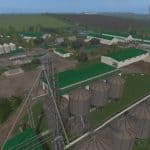 – Map “Russia” with the functionality of the map “Gifts of the Caucasus”.
– To build your own car depot, you need to import building materials, there are factories like in a recreation center, an additional meat processing plant and a textile factory.
– Cows are sold at MTF, pigs at STF, and sheep and chickens from Highlanders.
– If for production there is not enough of any resource, everything you need can be bought.
– In the brigade you can buy all the crops.
– At the vegetable warehouse you can buy potatoes, beets, carrots.
– At STF you can buy feed for pigs, hay, straw, silage.
– At MTF you can buy milk.
– Supported mod seasons.

Version 2.1.0.19 for Farming Simulator 2017 (v1.5.x):
– The small hangar on the farm moved to a purchased parking lot near the railway, which means that you need to remove your equipment from it;
– The silo pits on the BGA have been redone, which means that before upgrading you need to pick up a silo from them;
– Garages in the car park acquired the function of hiding equipment, which means that equipment must be removed from them;
– The leskhoz has been re-qualified as a lumberyard and forestry, purchased separately, but the construction remained unchanged. At the forestry there is a production of two types of goods, it does not work before the purchase !!! Those who have already bought the leshoz will become the owners of the logging site, but only manufactured products will be stored on it, the chips will need to be removed;
– Trees planted in their fields can be cut without a license;
– For the operation of some factories gas (methane) is now necessary, and for others – fuel;
– At the enterprises and factories, as well as in cities, villages and farms, a by-product appeared – garbage, for the removal of which you will be paid money, but you, in turn, will pay in the landfill for dumping it there. But do not worry, garbage collection will still be profitable, as the owners of enterprises and the administration of the settlements will pay you many times more than you do in a landfill. It will need to be taken to a landfill, which is located near the airfield (GAZ-66 from the “Start Pack” carries garbage);
– Garages with the function of hiding equipment appeared on the territory of the equipment store, but they will need to be bought just like factories;
– And many more changes.

Finding a game interesting after investing 300 hours into it can become a bit challenging. But with mods as long as there is a new update is assured, you are guaranteed a few more hours of new exciting gameplay. FS 17 Maps Mods are one of the greatest upgrades and can make your game unique. Downloading and adding FS17 Russia Map v2.1.0.19 Mod to your game is not difficult at all - you simply need to save a file and run it. Each Farming Simulator Mod will provide you with particular options so go ahead and add it to your version. Few clicks and you will be able to use all extra features that were only imaginary before. It is the easiest way to get the best of the game, your opponents will be surprised! Then all you need to do is simply click on FS17 Russia Map v2.1.0.19 Mod free download button and implement it to your game. This few simple steps will lift your game to the upper level – what can be better that upgrading your game personally? Break all boundaries and develop your farm easily. All of this is just the tip of the iceberg, what we offer on our website is countless hours of fun gameplay that will keep you invested for months. So go to our website, select your mod of choice, and click on download.