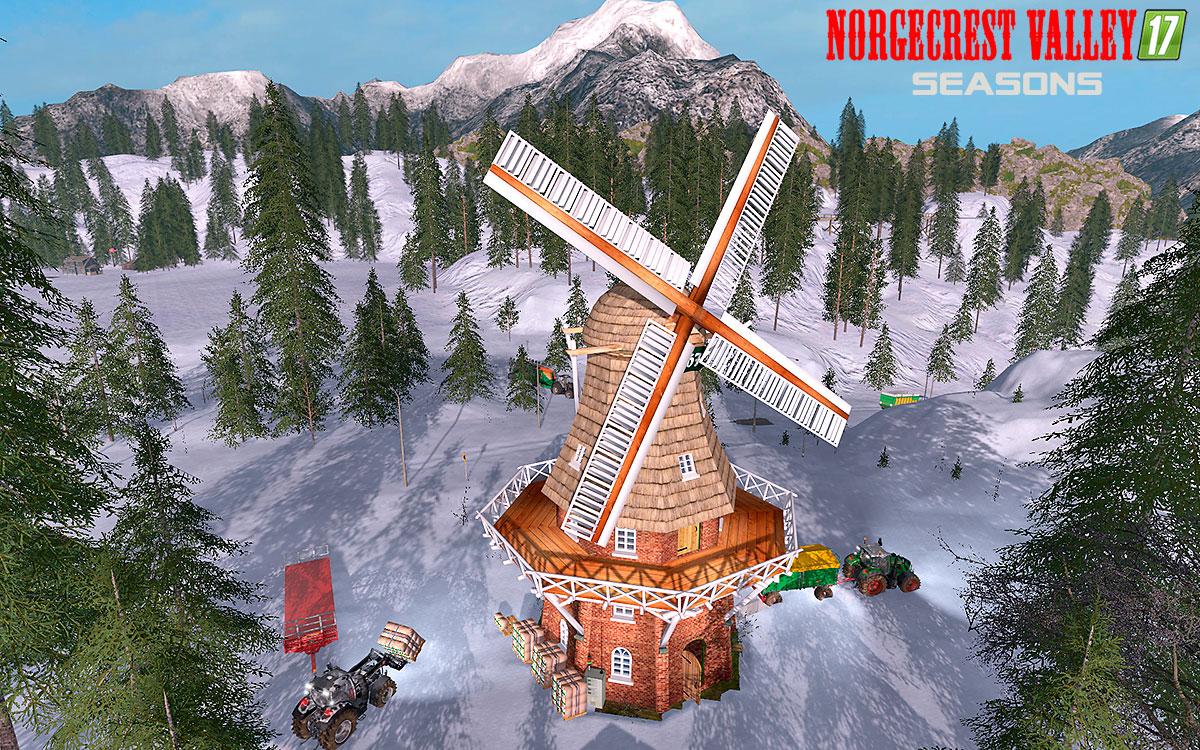 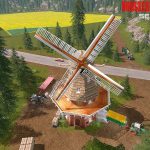 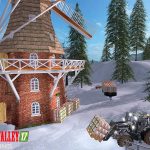 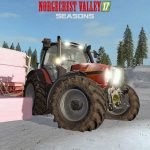 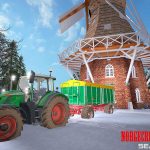 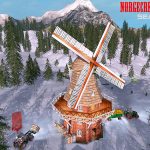 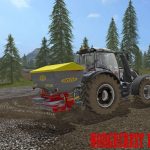 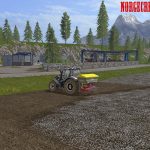 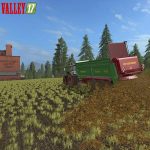 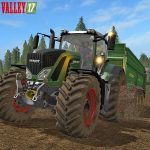 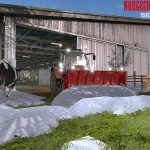 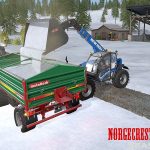 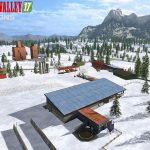 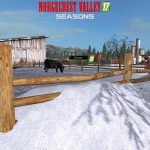 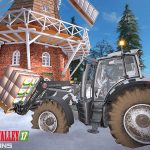 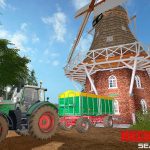 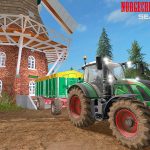 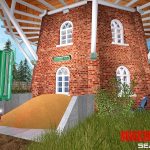 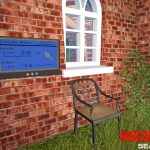 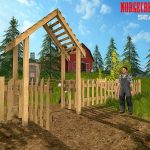 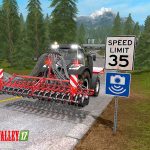 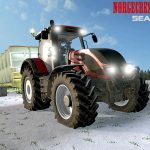 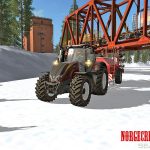 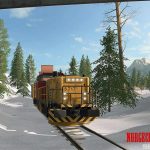 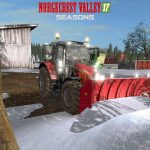 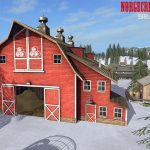 Changelog of the NorgeCrest Valley 17 v2.4 (The map was extensively tested in the SP and on the Dedi and the log is faultless).

* Sugarcane Note, Platinum Add-on and New Score:
To ensure a reasonable and error-free compatibility with the current LS17 patch 1.5.1, a lot had to be done at the NorgeCrest.

Yes, it is a bit annoying that sugar cane will appear in some places even without the Platinum Add-On, but we have to live with that,

since GIANTS has implemented this in the LS17 patch 1.5.1, that u.a. sugar cane is also displayed on the GIANTS standard maps,

even if you have no Platinum Add-On installed.

You do not necessarily have to start a new game, but then you may have the problem

that in some places cane grows where you have not planted – even if you have no Platinum add-on installed.

If that does not bother you, you can continue playing with the old score and – if you do not have a Platinum Add-On installed, stop the fields where you have sugar cane, just clear it away.

Important!!! If you play the Seasons mod, please remove the growthManager from the mods folder!

Attention! Important!
So that the NorgeCrest17 version 2.4 can be played without errors, the LS17 patch 1.5.1 must be installed!
Subsequent mods should or must be present in the mods folder, so you at the beginning on the NorgeCrest Valley 17 no buildings or Fehrzeuge missing, you have the full range of functions and no error messages appear:
* The Seasons Mod!
* The Multi Storage Shed to additionally store straw, grass, hay and pig feed.
* You need the Stop Milk Sale Mod if you want to sell the milk manually and therefore do not want the milk to be picked up automatically by the cow pasture at midnight. The sign must be bought in the shop and can then be placed anywhere on the place – no matter where.
* So that one does not get any errors with the new digital displays, as CCM and CCM-Raw are installed here as well, the CCM mod should be activated in the Mods folder and of course, even if you do not want to play with it
* The vehicle shelter, the small and large vehicle hall of Lizard are GIANTS and were already with me and had to be downloaded in the Ls17 Mod menu only.
* LelyJuno100 as “launch vehicle” for the cowshed.
* To be able to play with the ChoppedStraw you have to copy the FS17_choppedStraw.zip into the Mods folder
* For the transport of diesel, milk, liquid fertilizer, digestate, etc., you need the Kotte Universal Pack.
* Livestock Transporter Micheletto AM19, for transporting the animals from the cattle market to the sausage and meat factory. Included with the map pack.
* Livestock transporter Betimax RDS 7500, for the transport of animals from the cattle market to the sausage and meat factory. Included with the map pack.
* For the transport of wooden pallets, the specially adapted UAL Marshall BC / 32 – board pallets or the specially adapted UAL Fliegl DPW 180 / board pallets
* AdBlue-Mod (not the AdBlue installation package). Note: You must be registered and logged in to this forum.

Finding a game interesting after investing 300 hours into it can become a bit challenging. But with mods as long as there is a new update is assured, you are guaranteed a few more hours of new exciting gameplay. FS 17 Maps Mods are one of the greatest upgrades and can make your game unique. Downloading and adding FS17 NORGECREST VALLEY 17 SEASONS V2.4.0 Mod to your game is not difficult at all - you simply need to save a file and run it. Each Farming Simulator Mod will provide you with particular options so go ahead and add it to your version. Few clicks and you will be able to use all extra features that were only imaginary before. It is the easiest way to get the best of the game, your opponents will be surprised! Then all you need to do is simply click on FS17 NORGECREST VALLEY 17 SEASONS V2.4.0 Mod free download button and implement it to your game. This few simple steps will lift your game to the upper level – what can be better that upgrading your game personally? Break all boundaries and develop your farm easily. All of this is just the tip of the iceberg, what we offer on our website is countless hours of fun gameplay that will keep you invested for months. So go to our website, select your mod of choice, and click on download.