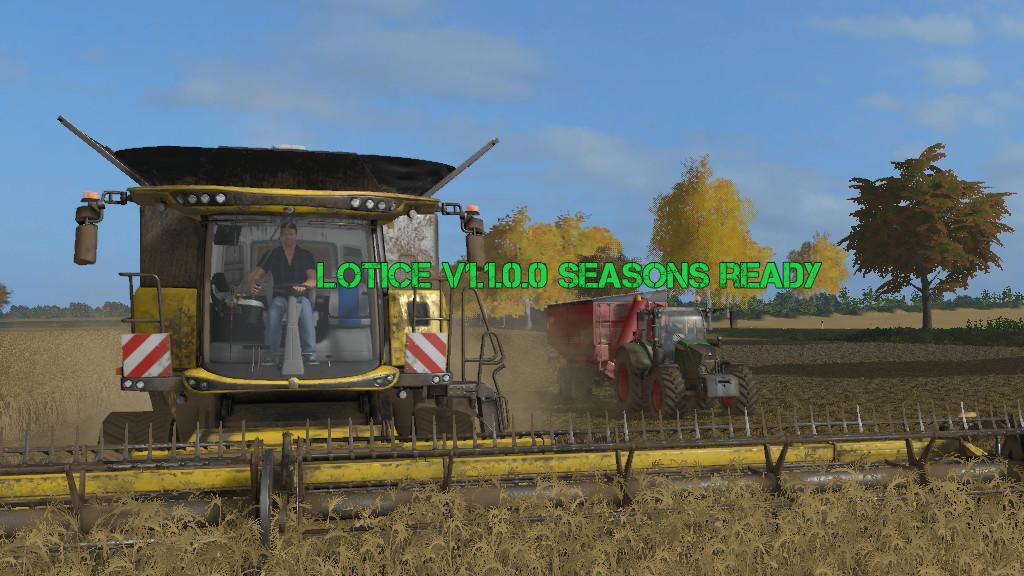 Changes 1.1.0.0:
– Seasons mod is now supported
– New mCompany graphics production information and therefore have changed some product names to make it clearer. You will definitely appreciate it.
– Support for Farming tablet mode, mainly APP_FactoryExtension, then FarmSilo application and silo pits.
– Factory displays display information, even if they do not produce anything.
– Fixed collisions in bunker force
– Several repairs in languages
– Poor milk price for milk purchases. There was original gameplay – fixed
– Known Issues: The Farming tablet application for animals is flashing. Do not use it. About animals you have a good overview in the original game menu.

Changes 1.0.0.1:
– Big Mill: The products were made from only half the imported grain and the production was disadvantageous. Fixed.
– one car in operation did not detect collisions
– Cold and pig freezing
– small changes in cow and water feeding places for cows

Both versions are 100% compatible with the previous version of the game. Fixes will not change your saved positions.

Lotice is a fictional map that contains all the features of Farming Simulator 17.
I tried to make the map so that around the fields there was plenty of room, in the style of Sosnovka + other animations + purchase of objects.
Complete translation into languages: Czech, English, Polish

– Standard animals (cows, pigs and sheep). The chicken is missing.
– New grain and crop texts. There are new cereals: Oat, Rye, Spelt, Millet.
– Removable bushes and trees between the boxes. If you repress the trees, then the scrub will disappear. You can combine several fields and meadows to use large machines and equipment.
– Dynamic sky and new landscape graphics.
– Doors and gates can be opened from the car.
– You can turn the light on and off almost in all the halls.
– Trains not installed. They are used as sending trigger for the sale of goods, using a lever, as in the Sosnovka map.
– Forestry, saw, chipper
– Mission.
– 100 gold nuggets.
– Lots of animated objects birds, butterflies, horses, cats, dogs, train, people, traffic, etc.
– Drive at speeds (50 km / h), new vehicles.
– Chopped straw.
– Mud.
– The water is free.
– You must first buy objects / factories. This is to support long-term motivation, Brewery, BGA, CompostMaster 2k17, Slow Soja, WoodChiper. Products such as beer, compost, pig feed, wood chips, flour, cereal, sugar, charcoal and others.
– You can sell milk and soy milk in a dairy. Not sold automatically.
– Various other sounds in the map.
– Game logging is error-free.