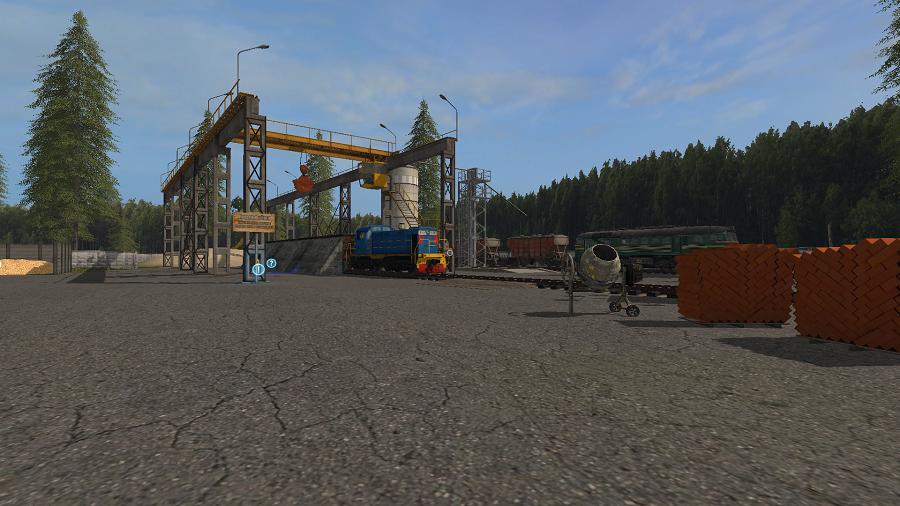 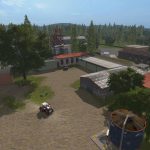 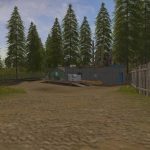 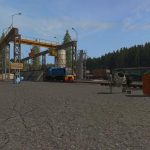 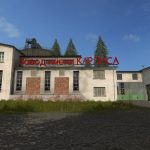 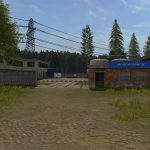 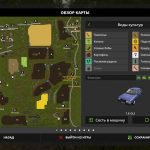 Version 1.6.2
Added / changed:
– Garages and sheds unloading equipment from the card (relieves the load on the PC)
– 4 large garages added to the base
– Bale storage added to the barn
– Chip spreader moved away
– Saw mill speed increased
– Collar collision removed from the shed roof of the saw mill
– Slightly increased prices on soybeans, sunflowers and corn
– Most of the base is asphalted Fixed:
– Minor fixes Removed:
– Dirt from the fields NEW GAME DO NOT NEED

A NEW GAME IS NOT NECESSARY.

Connect only with the season mod and if you want a climate close to the real terrain.
FS17 RM GEO Kuray zip

Fields on the map will need to be plowed, four fields will be managed by the computer, you will be able to perform tasks on them.
On the basis of a lot of hangars and garages, they all have functional doors. There is a store of potatoes and beets, hay and straw,
storage of gasoline, a warehouse of wood chips, a chipper and the sawmill itself, which produces pallets, which you can sell at the railway station,
as well as wood chips. Logs you will need to load with a crane into the train cars and send it. On the map there is a huge forest.
The mill produces flour from wheat and barley, which can be brought to the bakery and get bread. A fish farm producing fresh fish.
Production of compost. BGA produces a digestate from a variety of ingredients that can be fertilized or treated with fertilizers
both dry and liquid, also get biofuel, which in the future can be sold at a gas station. Greenhouses producing vegetables.
Seed production and production of dry manure, compost production, dairy plant, sugar-starch plant.
Compatible with the fashion season.

– All production processes have been recycled. Now all the products (except boards and DCS) are transported by vans
– Increased distance of rays from pipes
– A beam was added for picking up potatoes and beets
– Redone greenhouses
– Added nameplates for purchasing fields
– Added ramp for chips in the sawmill
– Replaced with a new factory script
– Added help menu for businesses
– Fixed the size of pallets with chipboard.
– The point of sale of fuel takes fuel from any barrel (but pradaetsya after a couple of minutes)
– Correction of different textures
– Removed old script for culture

Finding a game interesting after investing 300 hours into it can become a bit challenging. But with mods as long as there is a new update is assured, you are guaranteed a few more hours of new exciting gameplay. FS 17 Maps Mods are one of the greatest upgrades and can make your game unique. Downloading and adding FS17 Kuray Map v1.6.2 Mod to your game is not difficult at all - you simply need to save a file and run it. Each Farming Simulator Mod will provide you with particular options so go ahead and add it to your version. Few clicks and you will be able to use all extra features that were only imaginary before. It is the easiest way to get the best of the game, your opponents will be surprised! Then all you need to do is simply click on FS17 Kuray Map v1.6.2 Mod free download button and implement it to your game. This few simple steps will lift your game to the upper level – what can be better that upgrading your game personally? Break all boundaries and develop your farm easily. All of this is just the tip of the iceberg, what we offer on our website is countless hours of fun gameplay that will keep you invested for months. So go to our website, select your mod of choice, and click on download.