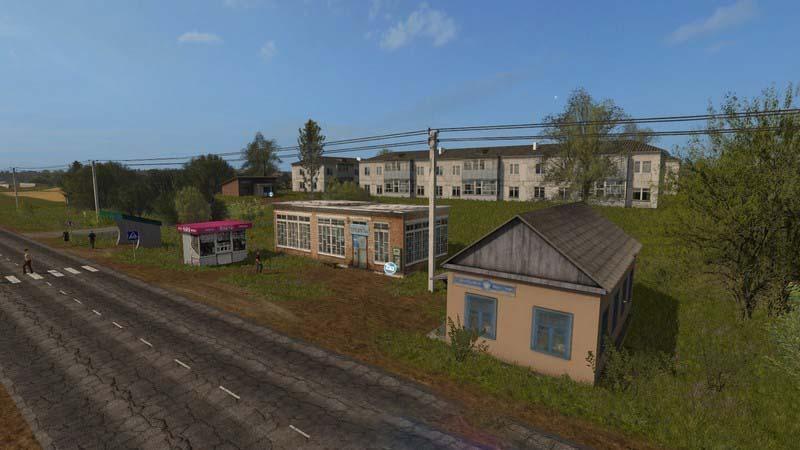 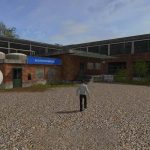 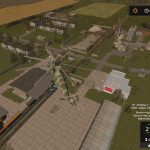 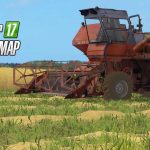 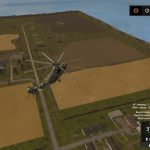 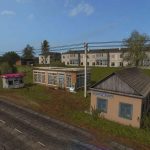 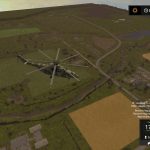 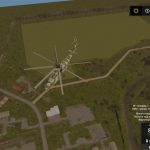 There are 12 fields on the map, 2 of them in the property.
Cultures are standard.
Standard animals.
There are several productions.
Animation of the gate and light.
There are automobile traffic.
The map spelled dirt.
The chopping script of straw.
Starting technology.

Changes:
There was a meat-packing plant and two new points of sales.
The quarry is slightly altered, the animated excavator and sand are loaded from under the conveyor.
A new point of purchase of animals has been made.
Also replaced the default trains to domestic ones, these are those that are sent for sale.
On the map appeared night lighting (turns on automatically at 21.00 pm).
Added new sounds.
I fixed all the jambs that I found on the map.
Added a few static objects for the atmosphere.
IMPORTANT: In the folder with the map there are screenshots of what and where to carry, there will also be packs of zilov which are 100% working with the meat-packing plant. Other fashion did not try there already, look for yourself.
Since the card was tested without mods, then before writing that the game crashes and so on, when you start the card, I beg you to carefully review your mods.
If you find some shoals (may not have looked somewhere) write correct.

Author’s words:
Added full support for the mod season. Posted by: apple trees and greenhouses, changed a little sawmill (only need logs) and the dairy, cleaned the seed tiger and fertilizer (added a protivovitel (on the base) and fertilizer production (sell where greenhouses)) well, and so on the little things to change!
Changes:
Added icons for PDA.

Finding a game interesting after investing 300 hours into it can become a bit challenging. But with mods as long as there is a new update is assured, you are guaranteed a few more hours of new exciting gameplay. FS 17 Maps Mods are one of the greatest upgrades and can make your game unique. Downloading and adding FS17 Buhalovo Map v2.5.2.0 Mod to your game is not difficult at all - you simply need to save a file and run it. Each Farming Simulator Mod will provide you with particular options so go ahead and add it to your version. Few clicks and you will be able to use all extra features that were only imaginary before. It is the easiest way to get the best of the game, your opponents will be surprised! Then all you need to do is simply click on FS17 Buhalovo Map v2.5.2.0 Mod free download button and implement it to your game. This few simple steps will lift your game to the upper level – what can be better that upgrading your game personally? Break all boundaries and develop your farm easily. All of this is just the tip of the iceberg, what we offer on our website is countless hours of fun gameplay that will keep you invested for months. So go to our website, select your mod of choice, and click on download.