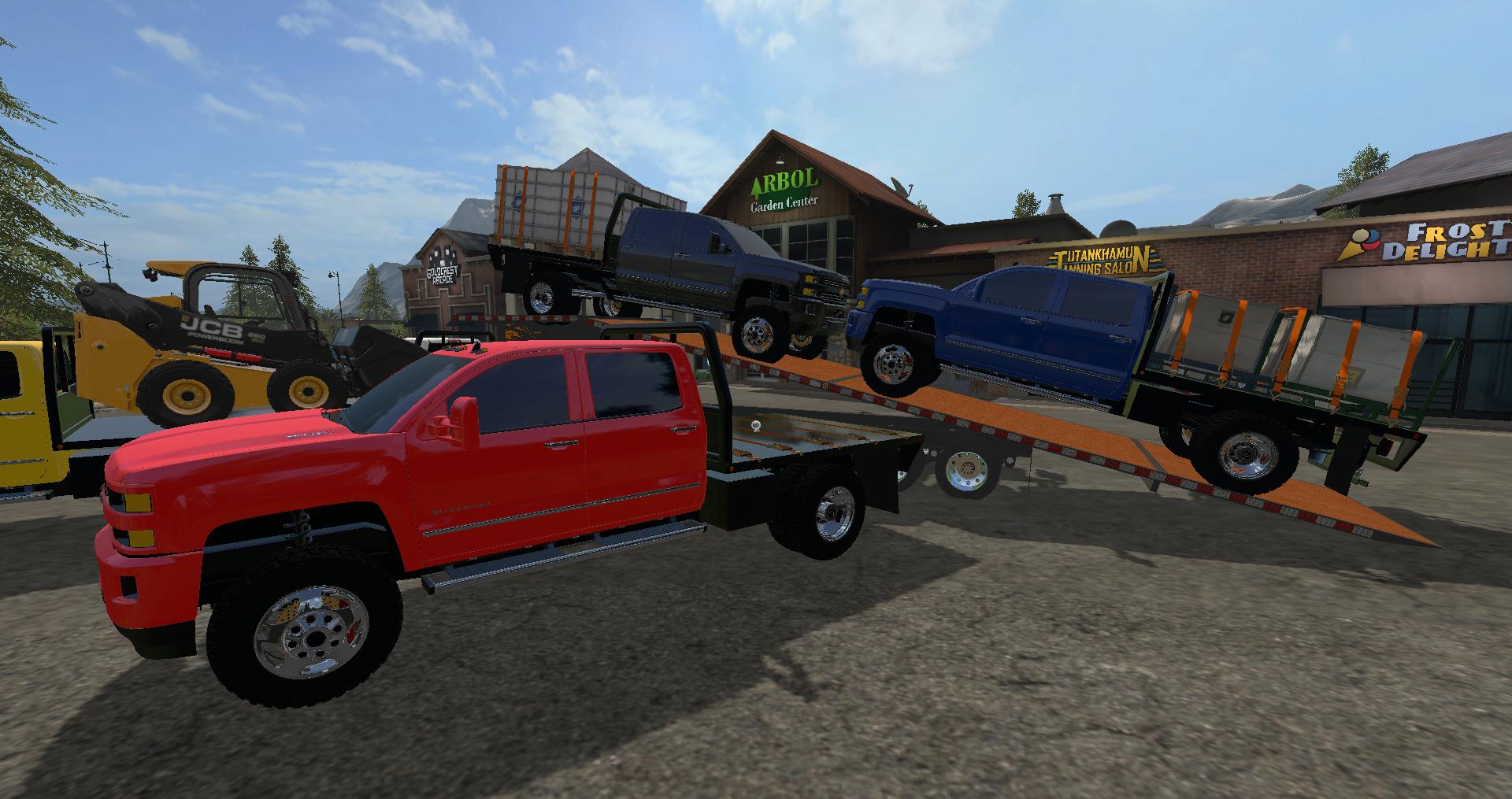 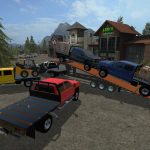 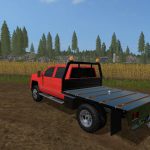 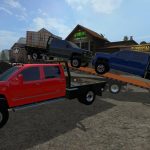 This is a flatbed version of the Silverado 3500HD that was uploaded by End of Days. I’m taking no credit for making this mod, all I did was add a flatbed from another vehicle to this truck and also fixed some of the issues that the vehicle already had. I’m also working on another version of this with a different flatbed, a fifth wheel on the bed instead of a ball, and smoke stacks. This mod produces a clean log assuming it does not conflict with any of your already installed mods. I know the version that End of Days has on the site produced “LUA Call Stack” errors in the log even though the truck worked fine in game. This issue was do to the coding of the lights, I’ve gone through and fixed that as well as anything else that may have previously produced a log error. Mod has working tension belts and a dynamic mount attacher for the flatbed so anything the tension belts don’t hold down should stay in place assuming you don’t drive too fast. Bed does not have an autoload or lock script on it. Also End of Days noted with version 1.1 of this truck he uploaded that the tinted windows were a result of the player model having issues. I’ve also gone through and fixed that however I like the tinted windows so I’ve decided to leave them. But if you’d like to change the windows yourself the player model should no longer have any issues. Anyone who has previously worked on this mod is credited below as well as in the XML files. I’m not looking to take credit for anyones hardwork. I personally love this truck more than any I’ve come across for this game and just wanted to do a flatbed version. If you come across any issues please let me know in the comments and I’ll try to fix them.

Finding a game interesting after investing 300 hours into it can become a bit challenging. But with mods as long as there is a new update is assured, you are guaranteed a few more hours of new exciting gameplay. FS 17 Cars Mods are one of the greatest upgrades and can make your game unique. Downloading and adding FS17 CHEVY SILVERADO 3500HD FLATBED V1.0 Mod to your game is not difficult at all - you simply need to save a file and run it. Each Farming Simulator Mod will provide you with particular options so go ahead and add it to your version. Few clicks and you will be able to use all extra features that were only imaginary before. It is the easiest way to get the best of the game, your opponents will be surprised! Then all you need to do is simply click on FS17 CHEVY SILVERADO 3500HD FLATBED V1.0 Mod free download button and implement it to your game. This few simple steps will lift your game to the upper level – what can be better that upgrading your game personally? Break all boundaries and develop your farm easily. All of this is just the tip of the iceberg, what we offer on our website is countless hours of fun gameplay that will keep you invested for months. So go to our website, select your mod of choice, and click on download.