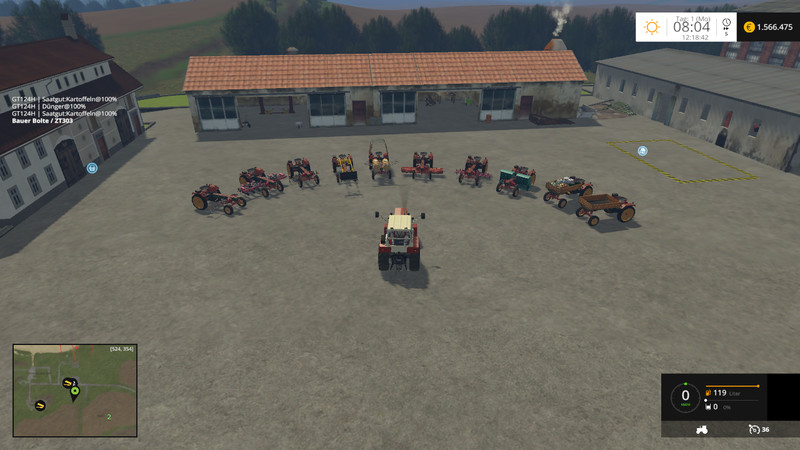 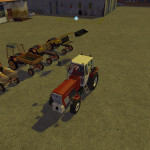 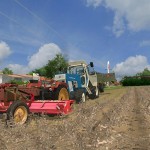 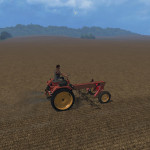 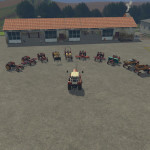 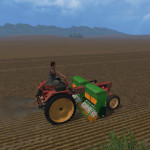 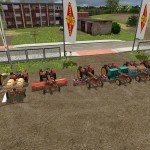 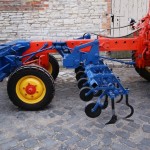 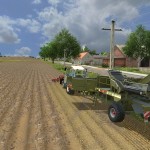 Hello.
I have now decided yet, my Modpack for the GT 124, which is already known in LS 13 and LS 15, to make available to you.
I have the time built me ??for fun and he is sometimes. from self-built parts and from the holdings of Giants Technology.
One part is there by Scalierung and various changes arose simply because I was missing this time.
So what this involves Modpack:
GT124 standard (can be equipped with lift truck and it can be small attachment docked to the rear.)
GT 124 roof (only has an additional roof)
GT 124 helpers (in which I have brought the Attacher in the middle position and it can be grown there a variety of devices.)
Syringe for the standard GT
Cultivators for the standard and the helper GT
Loading area for the Standart
Field Help attachment for the standard (are Fertilizer, seed and fuel trigger installed)
Lift truck for the Standart
Drill for helpers
Care hoe for the helper (works as a sprayer, so you mimicking a fruit care after by nachhackt plant constituents and the sprayer function of the game then brings a higher yield)
Kartoffelkraut bat for helpers
Beet leaf bat for helpers
Potato planter for helpers
Schütte for the lift truck
Fork lift truck for the Mist
The GT have all been overhauled again.
The devices have partially particle animations. Why only partially? This is due to Giants with its shapes and the assignment of device types.
eg. Potato Krautschläger has not animation and the turnip tops bat because I did not get it after several attempts and x different versions out. The works without animation.
The sprayer based hoes have no ground particles, not to let it Giants.
Nevertheless, they are always worth a fun and on my map wherever you go.
With a little imagination, which should always be there in this game, it’s probably okay.
As I said, I have built myself and want to win no competition here, but I share it with you just as available.
This is probably the meaning of modding.
Maybe you also order a little fun.
Have tried for errors.
But do not guarantee that I can satisfy everyone.
I Will not.
Who wants to have it, which they can download and whoever does not can remain so simple.
Who knows everything better, you want it to show and who has fun with these parts, which I could then prepare a little treat.
The upload of the mod on other portals is not allowed.

Have fun
Tatra148 from the GT forged.

FS 15 Tractors Mods are one of the greatest upgrades and can make your game unique. Downloading and adding FS15 mods | FS17 mods | FS19 mods to your game is not difficult at all - you simply need to save a file and run it. Each Farming Simulator Mod will provide you with particular options so go ahead and add it to your version. Few clicks and you will be able to use all extra features that were only imaginary before. It is the easiest way to get the best of the game, your opponents will be surprised!