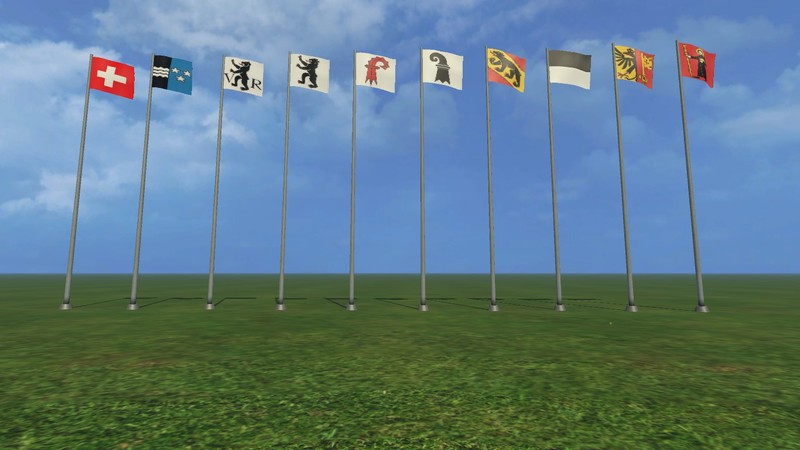 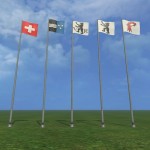 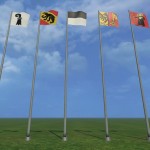 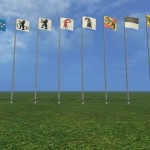 After I published my pack with flags of the Austrian federal states, there were some requests if it would be possible to make that of the Swiss cantons.
Since I was already so in practice, I did not think I know why. So here are the flags for the Swiss canton. Since there are almost three times as many Swiss cantons as Austrian federal states, I have the flags divided into three packages. In each pack is definitely one of the Swiss national flag if you wanted to set up in addition to the Canton flag.
In this package the following cantons are represented: Aargau, Appenzell Outer Rhodes, Appenzell Inner Rhodes, Basel Land, Basel City, Bern, Fribourg, Geneva, Glarus
Since I am not a Swiss, I had to operate on templates. I have therefore Wikipedia and a document of the Swiss Army pulled, which also includes the cantons consulted. So I have tried to the best of knowledge, the flags still Should Create- to have some errors, so please tell me make a correction.
All flags are placeable and cost you just 250 credits. Daily costs are no room.
Support there is the forum of Modding-Welt.com case here at all a accrues)
Credits go to Giants course, I’ve only created hand ^^

FS 15 Placeable Objects Mods are one of the greatest upgrades and can make your game unique. Downloading and adding FS15 mods | FS17 mods | FS19 mods to your game is not difficult at all - you simply need to save a file and run it. Each Farming Simulator Mod will provide you with particular options so go ahead and add it to your version. Few clicks and you will be able to use all extra features that were only imaginary before. It is the easiest way to get the best of the game, your opponents will be surprised!