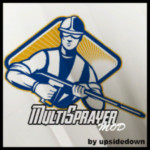 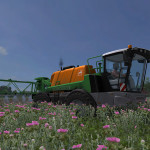 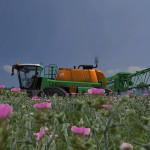 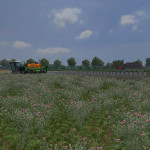 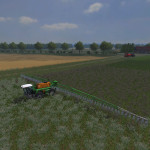 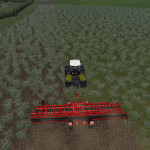 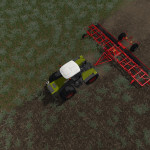 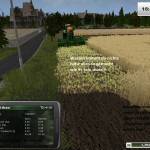 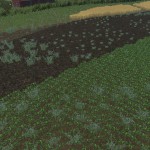 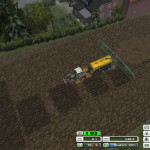 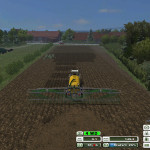 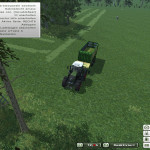 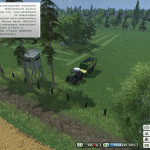 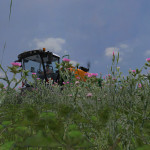 The Weed mod adds weed control added as a new task to the game and no longer is it simply fertilizing the same. To make this work must be equipped with the appropriate weed the map. So sample map, this is the MIG – Celle from version V0.89 . Installation in other maps is expressly permitted , the necessary files are in the mod .

Operation: syringes can be switched on fertilizer trigger between liquid fertilizer and herbicide. So you decide what you load on the trigger . Sprayed with herbicide to accrued weed now it goes into a withered state grows with time but after . If you let the weeds grow out completely and injects it only then it goes into a further withered state that can be deleted only by threshing, tillage or direct seeding .

Weeds except by herbicide doses also by threshing, tillage ( cultivators / plowing) and direct reset. If larger weeds present during threshing does it manifest itself in a difficulty degree dependent reduction in yield . The more thorough tillage, the longer it takes the weeds around aground again (plowing > cultivators > no-till ) . (For details see extra point )

Mechanical weed control : Using a combination of deep tillage ( plowing) , a subsequent emergence leave the remaining of the weed seeds up to the second growth stage and a further tillage ( cultivators ) can suppress weed growth was also successful until the next harvest .

Interactions of weeds with crops :
a) Growth suppression of weeds by the acre fruit :
That’s the good news : If the arable crop has reached a certain size (one before dreschbar ) , then goes weeds in the first two growth stages (of four total ) a .

The principle in a) and b ) here is the same : Under a giant thistle sea no more grain will come up – this, it is much too dark down and the weed pressure is much too high. From a thistle field is not a grain field just because you purely throws a few grains . Conversely, something else will come up with a dense grain inventory also barely .

c ) competition for nutrients
If the farmer was not paying attention and the thistles grow too high then they consume it Nutrients – > play technically the one that the thistles delete the fertilizer layer means once they are too high ( growth stages 3 +4). As long as the field is not yet fully grown fruit helps totspritzen and re-fertilizing :)

In addition to the pure components of the weed mod changes still some general on sprayers .
* It is no longer possible to fertilize crops ready for harvest .
* The fertilizer can be used for certain fruits as Saatstreuer .

Seed spreader:
* Only certain varieties of seeds are spread by spreader. Currently, this grass, rape , clover and alfalfa. For modders : Other types of fruit can be added by script
* The seed consumption is significantly higher than with a Drille
* There is no -tillage by spreader possible
* Switch and selection of seed types is the fertilizer trigger (like the herbicide)

compatibility:
* This version is not compatible with the MIG V0.88 !
* The multi sprayer mod is already prepared for cooperation with the growth mod I’m working on currently .

known issues :
* The interaction components do not work completely in sync in MP . That should be in the normal game but did not stand out and is in any case dubio the state on the server.

Built- in Maps:
* As I said, you and no extra license required . A Enclosing the ZZZ_multiSprayer.zip is not permitted , please link here on the modhoster ad and thus to the current version .
* The growth time of the weed must be adapted when Mapeinbau to the growth times of the present on the Map fruits. I recommend values between 40 % (severe) and 70 % ( lighter) the growth state time of wheat .
* The mod is an empty grle file for installation in maps . One can also do so , as the thistles etc by tillage to be also activated. If you want to make it a little cleaner I recommend to create a copy of the cultivator_density.grle and adjust accordingly here the color value .

Outlook:
* I would be happy etc on devices for mechanical weed control as weeder . An appropriate tax Spezi I like to help :)
* In the medium term the multi – sprayer mod will probably merge into a larger mod to control the growth I’m working on currently .

How to install mods
Farming Simulator 15 game is an agricultural game that gives you an opportunity to grow vegetables, take care of animals and buy or repair Cars, Combines, Tractors or other vehicles.
In FS 2015 it’s easy to install mods. You just need to download mod from www.farming2015mods.com. Upload to your game folder. After that you need to activate the mods you want to use.