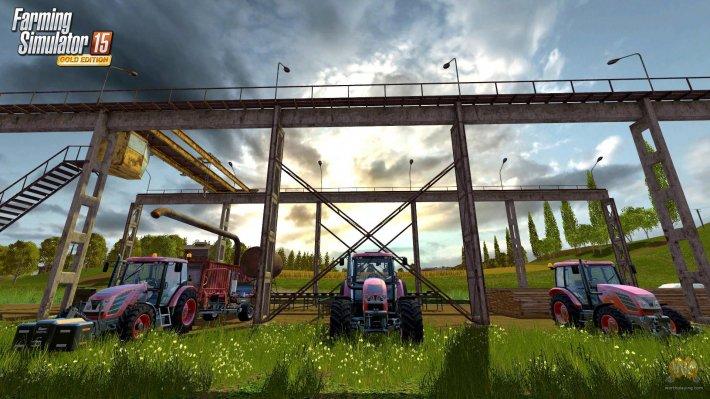 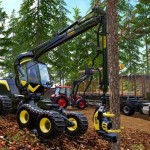 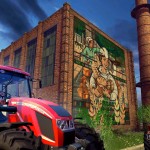 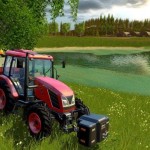 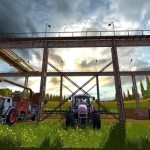 Description:
The Farming Simulator 15 GOLD expansion enriches the game with a load of new additional content that is sure to expand the gaming experience of all virtual farmers: a brand new environment inspired by Eastern-Europe, as well as new vehicles …
Discover a new map designed with typical Eastern-European farmland in mind, adding hundreds of new acres to the already existing European and American maps from Farming Simulator 15. This new map is filled with details and visual effects creating a more realistic and immersive atmosphere!
The GOLD Expansion also brings 20 new vehicles and tools faithfully reproduced from famous constructors: Rostselmash, Zetor, Tatra, Kverneland, Farmtech, and more… for a new total of 160 machines and equipment in Farming Simulator 15!

For PC players, the Gold expansion will be available on October 29 in retail stores and for download. It will be available with the full game, Farming Simulator 15, thanks to the special Farming Simulator 15 GOLD EDITION. It’ll also be bundled with the official Saitek wheel and pedals, or through the Official Expansion GOLD available for all the existing players of Farming Simulator 15.
PS4 and Xbox One players of Farming Simulator 15 will also be able to download the Official Expansion GOLD from their consoles on October 29.
PS3 and Xbox 360 will be able to download the SILVER Expansion for their Farming Simulator 15, that will bring the 20 new vehicles and equipment on October 29.
Farming Simulator 15 invites you into the challenging world of a modern farmer: grow your farm in an immense open world filled with details and visual effects, including a brand new East-European map benefiting from improved graphics and new scenery, which creates an even more realistic and immersive atmosphere!
Develop your farm across hundreds of acres in 3 vast environments. From harvesting to animal husbandry, and from the sales of fresh products to forestry, the benefits of your exploitation will allow you to develop and invest in more than 160 powerful vehicles and tools from over 50 of the most famous manufacturers such as New Holland, Ponsse, Case IH… including 20 additional vehicles and equipment new to the Gold Edition from Rostselmash, Zetor, Tatra, Kverneland and Farmtech.
In multiplayer mode, invite up to 15 friends to help you develop your farm. Thanks to an active and passionate community, you can benefit from limitless new content: new vehicles, tools, and even new environments!
Take on the challenges of a modern day farmer: with crop production, forest exploitation, livestock, economy management, and sales.
Evolve your farm with additional modules within 3 vast environments, including a new East European playground.
Control more than 160 farming vehicles faithfully reproduced, including the most respected brands.
Invite up to 15 friends online to help you develop your farm and access an almost unlimited range of additional free content generated by the active and industrious game community.
About Giants Software
Giants Software GmbH is a Swiss video game development studio based in Zurich. Since 2004, Software Giants has produced many innovative games and technologic products. In addition to the development of their successful games Farming Simulator and Demolition Company, Giants Studios offers its own game engine.

Farming simulator 2015 Mods Mods are one of the greatest upgrades and can make your game unique. Downloading and adding FS15 mods | FS17 mods | FS19 mods to your game is not difficult at all - you simply need to save a file and run it. Each Farming Simulator Mod will provide you with particular options so go ahead and add it to your version. Few clicks and you will be able to use all extra features that were only imaginary before. It is the easiest way to get the best of the game, your opponents will be surprised!