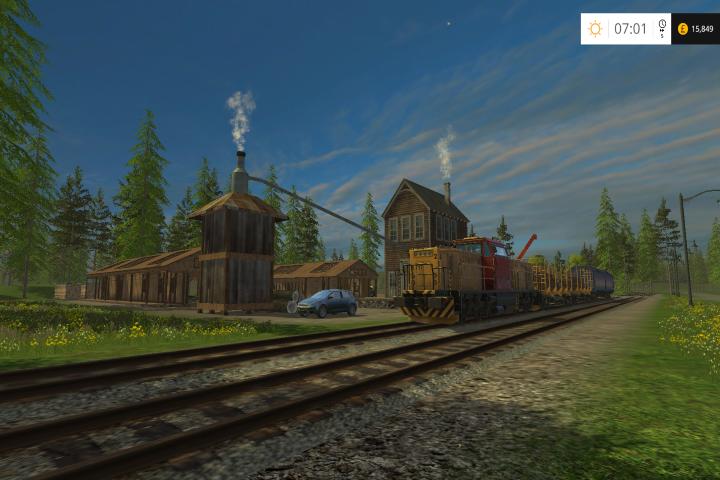 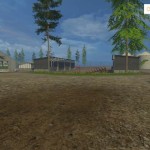 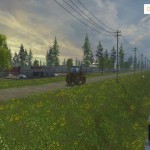 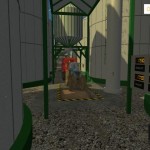 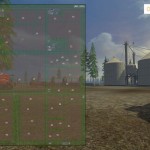 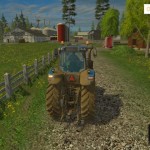 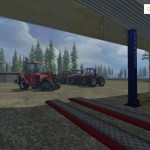 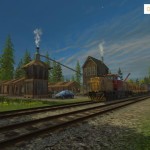 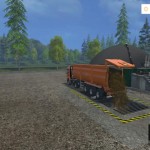 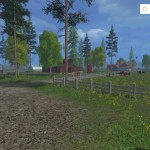 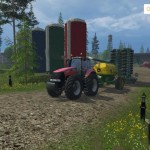 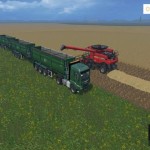 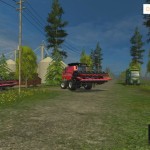 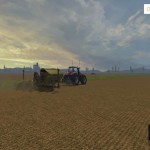 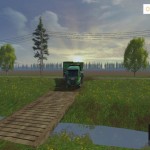 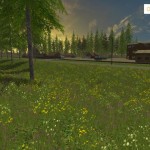 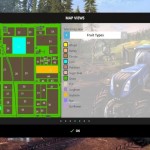 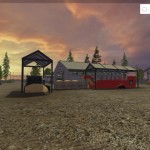 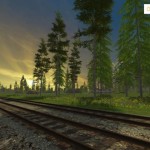 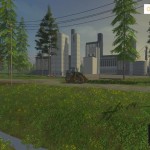 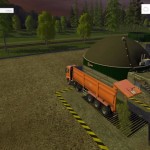 Michigan Cash Crop Acres V1.0 public 4x Size map. 490mb
The Michigan Cash Crop Acres map was designed by Thomas Fick it was his dream map, he then decided to share it with others so here it is.
The map is a huge 4x map with 2 farms, Multifruit, Rye, Sorghum, Sunflower, Oats and Soybean.
The base map was Robbies starter map from FS_UK that was expanded to the 4x size.
The map is also soil mod ready and has tanks installed(Decker_MMIV, tater salad).
The map is multi angle terrain ready but that needs enabling in the SampleModMap.lua file by a simple edit.
There are 9 customizable field blocks all with surrounding ditches and set 2.5 meters below road level.
Forestry is included on the map along with the Marhu sawmill and Rail load bonus,
Farmer_Andy’s compost plant, milk max, potato washer and steamer mods are installed.
Marhu’s pallet movers, milk sales and wool pallet collector are installed.
Eisbearg’s egg collector is installed.
Upsidedowns multi fruit files and modified embedded fill planes and particles are installed.
Marhu’s Map silo band is installed and all conveyors have modified unloading particles.
IfKonators bale to store triggers are installed.
FSModdings gates are installed.
Both farms have a good sized empty area for placeables.
The map also has a large placeable area next to the north BGA.
A sales trigger has been added behind the towns store where you can sell pallet type fruit like washed potato, lettuce etc so if you add mods that produce pallets of fruit you will have somewhere to sell them.
The map has 2 installed BGA’s with my new sunken tip point that allows you to dump more than just silage into the Fliegl to produce liquid manure and get paid. The sunken tip point also accepts trailer tipping.
The animal zones are all at one farm and include the water mod.
The map has no animal fattening as it was not a requirement.
Custom models by Luke_BK.
Known issues.
Uneven ground in a couple of fields
Experimental manure clamp by the cowzone. This is linked to the cowzone and is where your manure from the cows will fill. There’s an old collision from the old heap at the back and it will prevent you from driving through it.
South BGA tip trigger will not show on the map as it’s out of the recognised boundary but it’s there and works.
Course Play not tested or guaranteed to work with the map.
Ok Jim says that course play crashes the map when your attempt to buy field 36. Standard game Ai workers work the field 36 block perfectly though.

Finding a game interesting after investing 300 hours into it can become a bit challenging. But with mods as long as there is a new update is assured, you are guaranteed a few more hours of new exciting gameplay. FS 15 Maps Mods are one of the greatest upgrades and can make your game unique. Downloading and adding MICHIGAN CASH CROP ACRES 4X MAP BY STEVIE V1 PUBLIC MAP Mod to your game is not difficult at all - you simply need to save a file and run it. Each Farming Simulator Mod will provide you with particular options so go ahead and add it to your version. Few clicks and you will be able to use all extra features that were only imaginary before. It is the easiest way to get the best of the game, your opponents will be surprised! Then all you need to do is simply click on MICHIGAN CASH CROP ACRES 4X MAP BY STEVIE V1 PUBLIC MAP Mod free download button and implement it to your game. This few simple steps will lift your game to the upper level – what can be better that upgrading your game personally? Break all boundaries and develop your farm easily. All of this is just the tip of the iceberg, what we offer on our website is countless hours of fun gameplay that will keep you invested for months. So go to our website, select your mod of choice, and click on download.