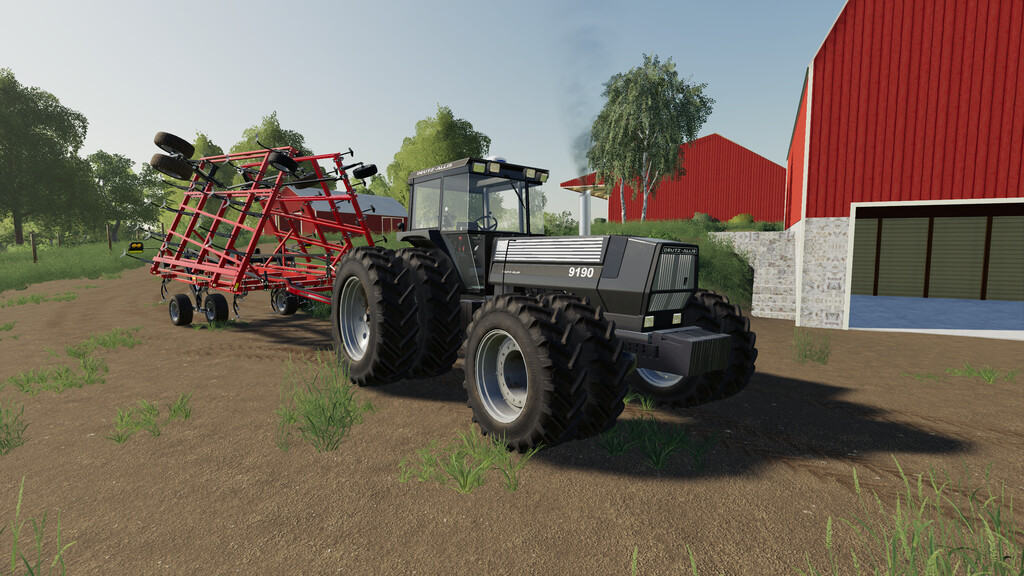 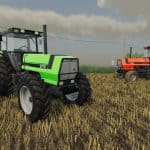 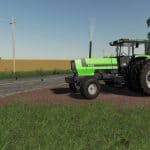 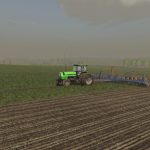 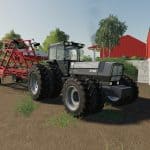 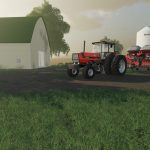 In 1985, with the idea of conquering the american market the german Deutz AG took over the Agriculture Division of the american tractor manufacturer Allis-Chalmers, which was in financial difficulties at that time. From 1986 various models based on the Deutz-Fahr DX were presented. These were no longer painted in orange like the previous Allis-Chalmers vehicles, but painted in the light green of the Deutz-Fahr tractors. In 1989 the series 9100, which was especially developed for the American market, was presented. The tractors were built at the “White” tractor plant in Coldwater, Ohio and had a lot in common with the “White Workhorse” range. Air-cooled Deutz engines were only installed under the hood of the strikingly long designed tractor.

For Deutz, the trip to America was not a success, in total they lost more than 1 billion Deutsch-Mark in the five years on the American market. This was mainly due to the poor exchange rate between the US dollar and Deutsch-Mark at that time. In May 1990, Deutz AG then sold its subsidiary through a management buy-out with retroactive effect to December 31, 1989.

Finding a game interesting after investing 300 hours into it can become a bit challenging. But with mods as long as there is a new update is assured, you are guaranteed a few more hours of new exciting gameplay. FS 19 Tractors Mods are one of the greatest upgrades and can make your game unique. Downloading and adding FS19 Deutz Allis 9100 Series 1.0.0.0 Mod to your game is not difficult at all - you simply need to save a file and run it. Each Farming Simulator Mod will provide you with particular options so go ahead and add it to your version. Few clicks and you will be able to use all extra features that were only imaginary before. It is the easiest way to get the best of the game, your opponents will be surprised! Then all you need to do is simply click on FS19 Deutz Allis 9100 Series 1.0.0.0 Mod free download button and implement it to your game. This few simple steps will lift your game to the upper level – what can be better that upgrading your game personally? Break all boundaries and develop your farm easily. All of this is just the tip of the iceberg, what we offer on our website is countless hours of fun gameplay that will keep you invested for months. So go to our website, select your mod of choice, and click on download.