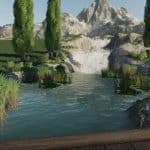 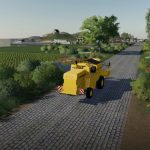 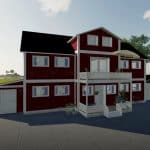 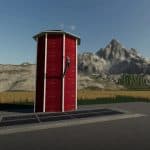 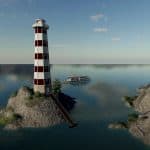 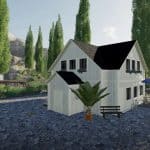 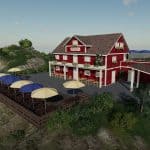 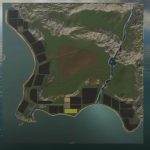 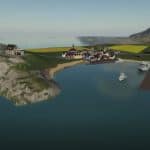 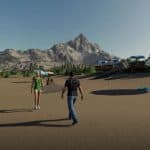 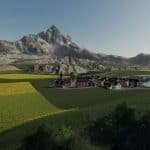 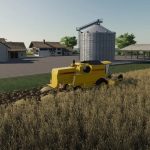 A small island lies lonely and deserted in the vastness of the ocean. Although it consists largely of rugged mountains, it has a fertile peninsula that, thanks to the Gulf Stream, has a very mild climate. Located off the shipping routes, Port Limbo was only discovered a few centuries ago when Scandinavian seafarers were washed ashore by a storm. Because of the fertile meadows and the yew groves, they believed they had landed at the seat of the field god Ullr, and therefore called the island Ydalir. They felled trees, built a settlement with a harbor and practiced agriculture. Gradually other commercial travelers came to Ydalir, but because they couldn’t remember the name Ydalir, they called the island Port Limbo because it is so lost in the ocean. After a fruitful and prosperous phase, Port Limbo is now threatened with decline, because even the last remaining farmer has to give up his farm for reasons of age.

Are you ready to take on the challenge of building a farm on Port Limbo?
As an additional motivation, let me tell you that there are still plenty of untapped meadows and forests on the higher levels of the peninsula. So you could spread out at will on Port Limbo if you feel like it.

Finding a game interesting after investing 300 hours into it can become a bit challenging. But with mods as long as there is a new update is assured, you are guaranteed a few more hours of new exciting gameplay. FS 19 Maps Mods are one of the greatest upgrades and can make your game unique. Downloading and adding FS19 PORT LIMBO alpha v0.2.0.0 Mod to your game is not difficult at all - you simply need to save a file and run it. Each Farming Simulator Mod will provide you with particular options so go ahead and add it to your version. Few clicks and you will be able to use all extra features that were only imaginary before. It is the easiest way to get the best of the game, your opponents will be surprised! Then all you need to do is simply click on FS19 PORT LIMBO alpha v0.2.0.0 Mod free download button and implement it to your game. This few simple steps will lift your game to the upper level – what can be better that upgrading your game personally? Break all boundaries and develop your farm easily. All of this is just the tip of the iceberg, what we offer on our website is countless hours of fun gameplay that will keep you invested for months. So go to our website, select your mod of choice, and click on download.