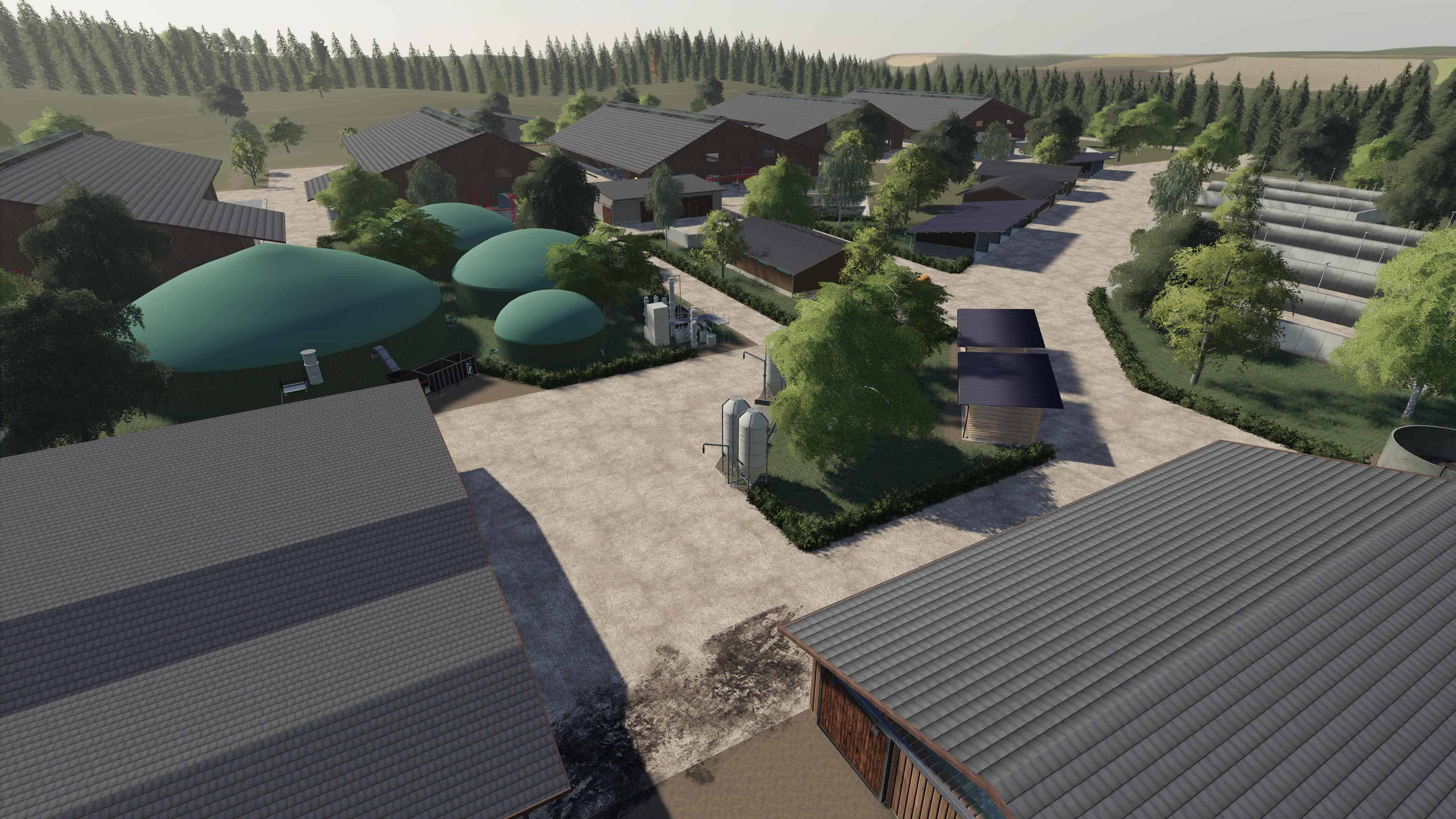 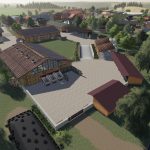 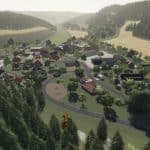 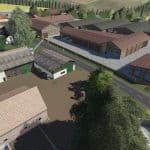 Most people will know, but the hop compartment is as faithful a copy as possible including the height model of the area around Hopfach.
In the LS17, the hop compartment was created by Lunchbox, so the praise for the buildings and design applies to him.
Lunchbox then ceded the hop compartment as a project and I then converted it into the LS19. Therefore again a big thank you to Lunchbox for the release.

What awaits you at the Hop Box:
255 purchasable parcels
220 fields from 0.2 to 18.6 ha
14 other crops
Over 100 GC productions including stables
All productions are permanently installed
Over 20 yards
Seasons ready

What do you need at mods to play the card:
GlobalCompany: ls-modcompany modhub
Everything else is integrated in the map.

Latest version: 1.2.7.1
Important informations:
1. Since the hop compartment is not exactly small, at least 8GB Ram are recommended.
2. In the multiplayer the server after the purchase of the yard silos must be restarted once, so that you can then use the yard silos.
3. Minimum Patch is 1.5.1.
4. Savegames from older versions are not supported.
5. Placeable stables are not supported.
6. In the case of mutual wage status, production materials can also be used by both users.
7. Minimum GC version is 1.1.3.0

Finding a game interesting after investing 300 hours into it can become a bit challenging. But with mods as long as there is a new update is assured, you are guaranteed a few more hours of new exciting gameplay. FS 19 Maps Mods are one of the greatest upgrades and can make your game unique. Downloading and adding FS19 Hopfach v1.2.7.2 Mod to your game is not difficult at all - you simply need to save a file and run it. Each Farming Simulator Mod will provide you with particular options so go ahead and add it to your version. Few clicks and you will be able to use all extra features that were only imaginary before. It is the easiest way to get the best of the game, your opponents will be surprised! Then all you need to do is simply click on FS19 Hopfach v1.2.7.2 Mod free download button and implement it to your game. This few simple steps will lift your game to the upper level – what can be better that upgrading your game personally? Break all boundaries and develop your farm easily. All of this is just the tip of the iceberg, what we offer on our website is countless hours of fun gameplay that will keep you invested for months. So go to our website, select your mod of choice, and click on download.